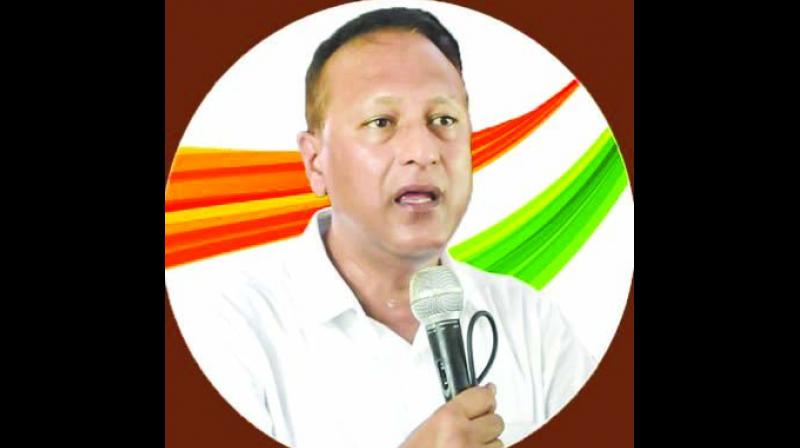 Guwahati: In what has created a serious embarrassment for the Congress party, senior party leader and Congress MP Pradyut Bordoloi was caught on camera saying the AICC was notorious for its indecisiveness.

His statement was a part of his conversation with AICC general secretary and in-charge of Assam Congress Harish Rawat just before a press conference in Rajiv Bhawan.

During the conversation, Mr Bordoloi was caught telling Mr Rawat, “BJP has identified faces constituency-wise for the 2021 Assembly polls. If Congress is serious about polls then we will have to act. AICC is notorious for indecisiveness. They don’t decide at all. If we don’t start by December or January there will be no time.”

Warning that if the party doesn’t mobilise things within a month or two, it would be staring at another defeat, Mr Bordoloi was also heard referring to Congress president Sonia Gandhi in the conversation wherein he claimed to have told this to Ms Gandhi that the party takes extremely late decisions.

“I have told as much to Soniaji… Madam, you take a late decision. Its like racecourse, faceless competition is no longer an option, ” said Mr Bordoloi, adding that people in Assam are thinking whether Congress will be able to form next government.

"We have to reach out to second-rung leaders of smaller groups as top rung leaders are already with BJP," he added.

Pointing out his difficulties to AICC general secretary in the conversation which has gone viral on social media now Mr Bordoloi pleaded that the leaders will have to be given a specific mandate. “The moment I step in and start having dialogues, everyone will gang up asking what authority I got? Leaders have to be given a specific mandate,” said Mr Bordoloi in the conversation which has come when Assam Congress is divided at least in three camps and each other are engaged in the diatribe.

Meanwhile, anther Assam MP from Barpeta Mr Abdul Khaleque has refuted the remarks of Mr Bodoloi and asserted the charges of Congress president being indecisive. “I have no such experience so far as AICC or Congress president Sonia Gandhijee is a concern,” said Mr Khaleque.