Two people have been arrested following the incident. 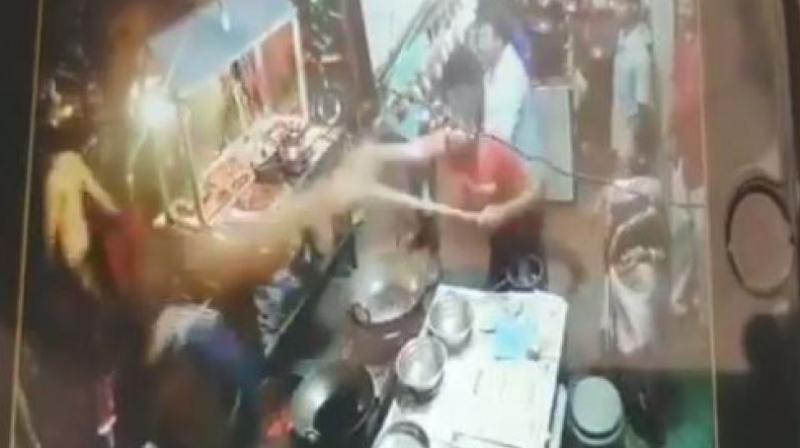 In the video, the customer is seen throwing an object at the staff, who retaliated by throwing hot oil at him. (Photo: Screengrab/ANI)

Mumbai: A 29-year-old man suffered severe burn injuries after a staff of a Chinese eatery in Ulhasnagar, Mumbai, threw hot oil at him following an argument over the taste and price of the food. Two people have been arrested following the incident.

The customer, who had gone to a Chinese corner with his friends, first complained to the owner about the taste of the food and then created an issue over the bill.

The entire incident was caught on a camera. In the video, the customer is seen throwing an object at the staff, who retaliated by throwing hot oil at him.

The victim has suffered burn injuries on his face.

The Vitthalwadi police have registered a cross-complaint and are investigating the matter.

According to police, the incident took place at Manoj Koliwada Chinese corner located in Venus Chowk of Ulhasnagar.

An officer said, "A case has been registered against the eatery owner and the staff under sections 323, 324, 504 and 34 of IPC. We have recovered a CCTV footage from the area, which clearly shows the accused throwing hot oil on the victim."