India   All India  09 Oct 2020  Assam government decides to shut down all government-run Madrassas
India, All India

Assam government decides to shut down all government-run Madrassas

Stating that they can’t allow religious education with public money, the minister said that a notification would be issued next month 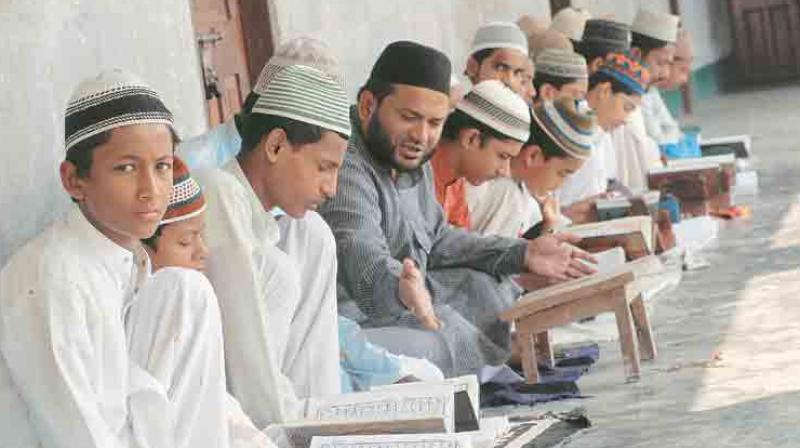 Guwahati: After dissolving the State Madrassa Education Board in 2018, Assam education minister Himanta Biswa Sarma here on Friday announced that the state government is going to close down all government-run madrassas in the state.

Stating that they cannot allow religious education with public money, the minister said that a notification to this effect would be issued next month.

Asserting that religious teachings cannot be carried out with government funds in a secular country, the minister said, “No religious educational institutes will be allowed to function with government funds. We will bring out a notification in November to this effect. We have nothing to say about privately-run madrassas.”

The minister however clarified that the reason for closing down Sanskrit tol was different. “The objection to government-run Sanskrit tols is that they are not transparent. We are taking steps to address this,” he said.

Meanwhile, All India United Democratic Front (AIUDF) supremo and Lok Sabha MP Badruddin Ajmal in his reaction to the government decision said that if the BJP-led state government closes down government-run madrassas, his party would re-open them after coming to power in the assembly elections scheduled early next year.

“You cannot shut madrassas. After we come to power, we will take a cabinet decision to reopen these 50-60-year-old institutions of madrassas if the present government closes them forcibly,” said the AIUDF leader while regretting the decision of the BJP government.

About two years back in 2018, the BJP led alliance government had scrapped the two controlling boards — State Madrassa Education Board and Assam Sanskrit Board — and brought the madrassas under the Secondary Board of Education Assam (Seba) and the Sanskrit tols under Kumar Bhaskar Varma Sanskrit and Ancient Studies University to introduce modern education to learners to bring them into the mainstream.