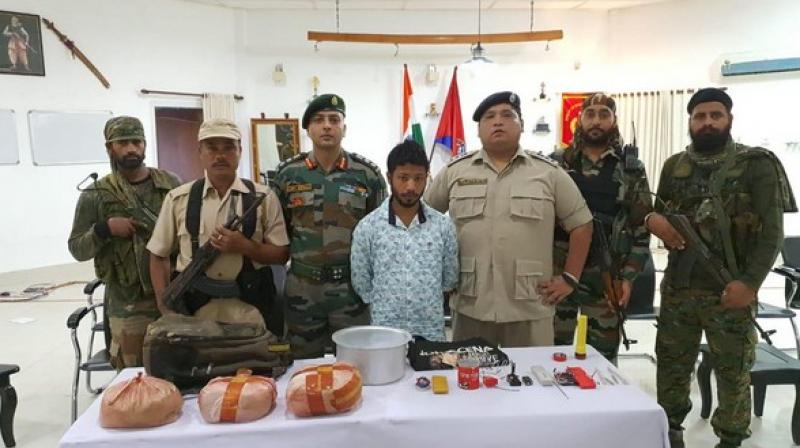 Tinsukia: A United Liberation Front of Assam (ULFA) cadre, who was tasked to target security forces through bomb blasts, was apprehended near the Chikarajan area on Tuesday in a special operation conducted by security forces.

"At around 3:30 pm, police noticed a suspicious movement of a man with a backpack near Chikarajan area. On seeing the police and security forces the suspected person tried to flee but was chased and apprehended", said police.

"The accused confessed that he was tasked to target security forces and vital installations, during this festive season, through bomb blasts", said Tinsukia police.