India   All India  09 Oct 2018  Resignation denied, Amu who threatened to behead Deepika Padukone, to stay in BJP
India, All India

Resignation denied, Amu who threatened to behead Deepika Padukone, to stay in BJP 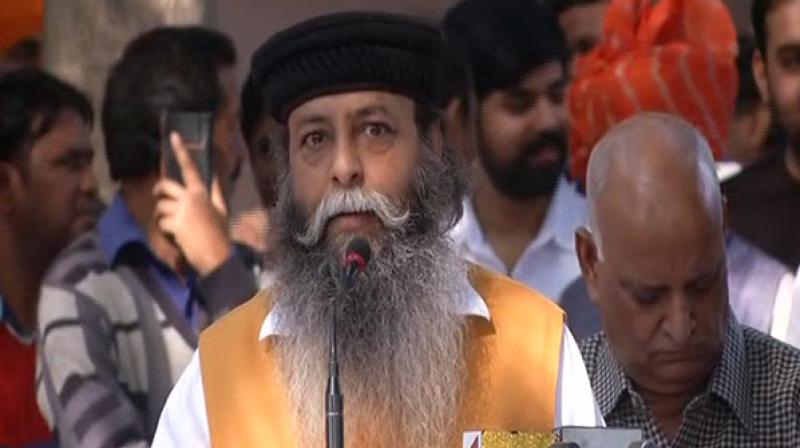 Senior BJP leader, Amu had resigned from his post of BJP's chief media coordinator, Haryana, in November 2017 after state chief Subhash Barala issued him a show cause notice for his controversial remarks during Padmavat protests. (Photo: ANI)

Gurugram: 'It is like coming back to my home', said Suraj Pal Amu, after the state unit president on Monday refused to accept the former's resignation.

Surajpal Amu told ANI, "I had resigned from different posts of Bharatiya Janata Party Haryana Unit many months back and today Haryana BJP chief Subhash Barala has rejected it. For about 29-30 years I have been at different posts in the party and its student wing. These were very tough 8 months for me to stay away from the party, however, I kept working in different social organisations. It is like a homecoming for me."

Suraj Pal Amu had tendered his resignation in November 2017 after state chief Subhash Barala issued him a show cause notice for his controversial remarks during Padmavat protests.

During the protests, Amu had announced a reward of Rs 10 crore for beheading Deepika Padukone and Sanjay Leela Bhansali.