#MeToo important but why blame someone after 10 yrs: BJP MP

BJP MP Udit Raj said he has seen cases where women put allegations over a man, take Rs 2-4 lakhs and then look for another. 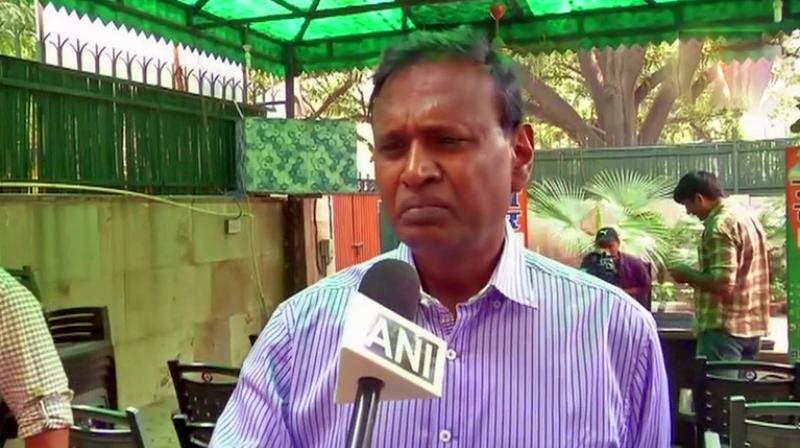 New Delhi: Terming the #MeToo movement in India a “wrong practice” Bharatiya Janata Party (BJP) Member of Parliament Udit Raj on Tuesday said every case should be examined individually, as some women level allegations for money.

He also questioned the relevance of making sexual harassment allegations against someone after 10 years.

"#MeToo movement is important but what is the relevance of making sexual harassment allegations against anybody ten years later? How will the truth in these allegations be established after so long? The person on whom the allegations will be levelled, how much it will tarnish his image is worth giving a thought. A wrong practice is being initiated," Udit Raj tweeted in Hindi.

Speaking to news agency ANI, Raj said: "This (#MeToo) should be looked after case by case. I have seen cases where it has become a habit of women to put allegations over a man, take Rs 2-4 lakhs and then look for another. There are honey-trap cases too."

He further reiterated that all cases should not be seen as one, "I accept that men do have such nature, but are all women perfect? I am saying it again that if somebody has exploited a woman then shoot him - shoot at sight. I have said this on SC/ST Act too. But all such cases shouldn't be seen as one."

The BJP lawmaker further claimed that the movement has created a feeling of terror in India as men now avoid meeting women alone.

"I am not saying that casting couch and exploitation does not happen. We should see that the #MeToo campaign is helping people, but it has disadvantages too. Men have economic power, they have political power. Whether they are politicians or authorities, men now avoid meeting women alone. Why do they do so? This has created a feeling of terror," he said.

BJP MP Udit Raj’s statement comes at a time when the #MeToo storm has gained momentum in India with multiple women from different fields accusing various men of sexual misconduct and harassment – the most talked about in recent past being actor Tanushree Dutta's sexual misconduct allegations against actor Nana Patekar during the shooting of 'Horn Ok Pleassss' in 2008.