IMD has issued a red alert in Odisha for Wednesday and Thursday, forecasting 'heavy to very heavy rains' at several places. 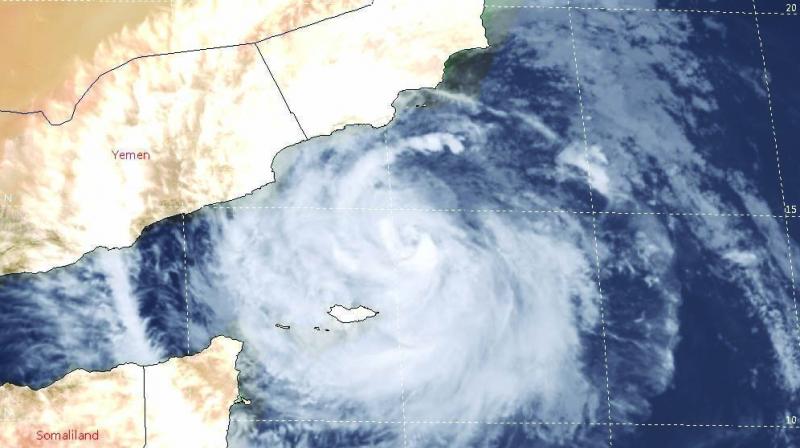 The cyclone over the west central Bay of Bengal moved west-northwestwards at a speed of 8 kmph during the past six hours and intensified into cyclonic storm Titli, IMD said. (Representational Image)

Bhubaneswar: The deep depression over the Bay of Bengal has intensified into cyclonic storm Titli and is moving towards the Odisha-Andhra Pradesh coast, the IMD said in a special bulletin on Tuesday.

The cyclone over the west central Bay of Bengal moved west-northwestwards at a speed of 8 kmph during the past six hours and intensified into cyclonic storm Titli, it said.

Titli lays centred at about 530 km southeast of Gopalpur in Odisha and 480 km east-southeast of Kalingapatnam in Andhra Pradesh, the IMD said.

"It is very likely to intensify further into a severe cyclonic storm during the next 24 hours and move west-northwestwards for some more time, then northwestwards, and cross Odisha and adjoining north Andhra Pradesh coasts between Gopalpur and Kalingapatnam around morning of October 11," Director of the Meteorological Centre in Bhubaneswar, H R Biswas said.

Thereafter, the system is very likely to re-curve northeastwards, move towards Gangetic West Bengal across coastal Odisha and weaken gradually, he said.

Under its influence, heavy rainfall is likely at some places in south coastal Odisha's Gajapati, Ganjam, Puri and Jagatsinghpur districts from Wednesday.

It also predicted heavy to very heavy rainfall for Kandhamal, Boudh and Dhenkanal district from Thursday. The IMD said the rainfall would be accompanied by squally wind speeds reaching 40-50 kmph and gusting to 60 kmph. It is very likely to commence along and off Odisha coast from tonight, it said.

In view of the adverse weather conditions, it has advised hoisting of distant cautionary signal number one at all ports of Odisha.

The state government was also cautioned about possible floods in view of the heavy rainfall across the state. It also issued a storm surge warning, stating it will be about 0.5 metre high above the astronomical tide and is very likely to inundate low-lying areas of Ganjam, Khurda and Puri districts of Odisha and Srikakulam district of Andhra Pradesh during the time of landfall.

Meanwhile, the state government has issued alert to all districts, particularly the districts of coastal region to face the ensuing situation. The district collectors have been asked to remain alert and make necessary arrangements to shift people living in low lying areas, officials said.

Deputy Special Relief Commissioner P K Mohapatra informed that around 300 motor boats have been arranged to assist in rescue operation as there is a likelihood of flood situation due to the possibility of heavy rains till October 11.

All the 879 cyclone and flood shelters have also been kept in a state of preparedness, he said.