The Air Chief also said in a message published in an IAF booklet about the possibility of a “short” and “swift war”. 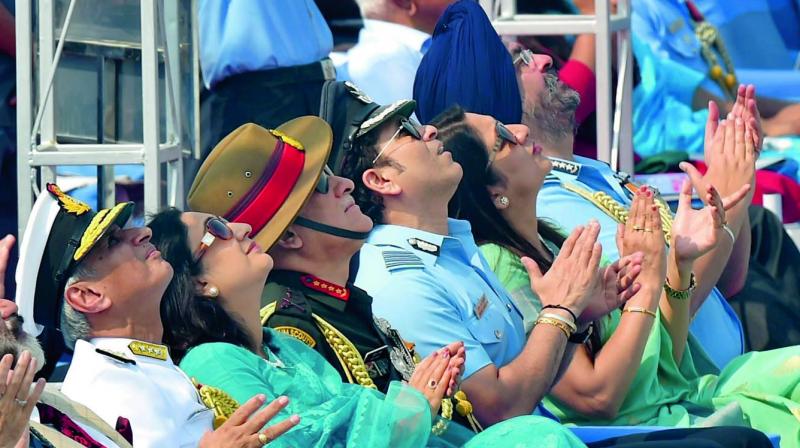 Hindon (UP): The Indian Air Force is up and ready to fight a war at “short notice” and can respond to any security challenge to the country in the most befitting manner, Air Chief Marshal B.S. Dhanoa, Chief of the Air Staff, said on Sunday.

“We are prepared to fight at short notice should the need arise... the men and women under my command are confident of taking on any threat and are fully prepared to undertake the full spectrum of air operations and respond to any challenge in the most befitting manner,” he said, while addressing a function at the airbase here on the 85th anniversary of the IAF.

The Air Chief also said in a message published in an IAF booklet about the possibility of a “short” and “swift war”. “The nature of conflict in the present geopolitical environment may require us to fight a short and swift war for which we need to be alert and prepared to fight at short notice,” he said.

The IAF Chief’s comments acquire significance amid China’s muscle-flexing in the Doklam plateau and the continued cross-border terror activities by Pakistan in Jammu and Kashmir.

Underscoring the technology thrust in the IAF, Air Chief Marshal Dhanoa said the force was focused on becoming a technology-intensive force in the next few years. “We are in the process of acquiring new combat systems, upgrading and modernising our existing inventory of aircraft and weapons systems, with an aim to equip them with the latest avionics technology,” he said. 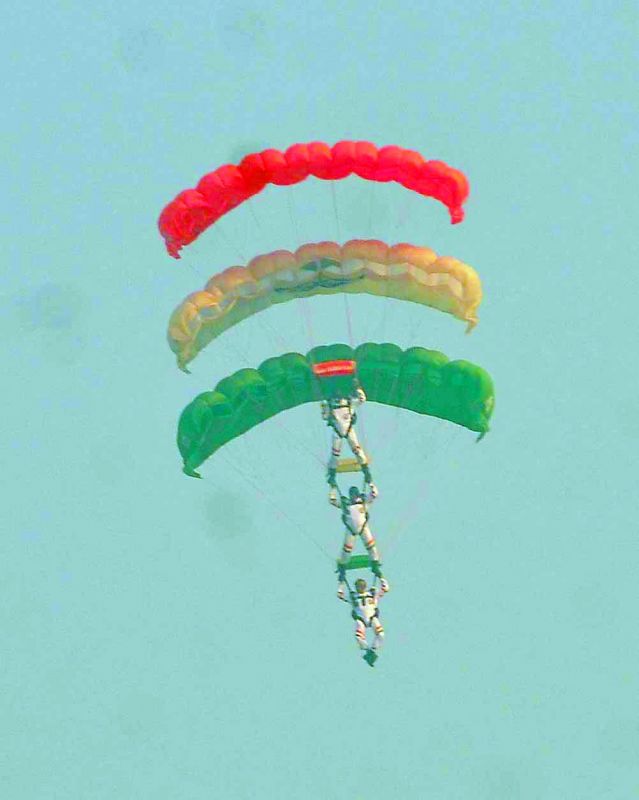 In this regard, he also mentioned the mid-life upgradation of various fighter jets, including the Mirage 2000, MiG-29 and Jaguar fleet. “The acquisition of 36 Rafale aircraft in the next few years and an early decision on the indigenous fighter jet project will significantly enhance our operational capability,” he said.

Separately, in a message published in an IAF booklet, ACM Dhanoa said the uncertainties in the current environment in the region may require the IAF to act in varied challenging situations. The IAF also presented an impressive parade with its jets and helicopters giving a glimpse of its lethal strike capability. ACM Dhanoa also conferred the Vayu Sena Medal on a number of IAF personnel.

In the backdrop of Friday’s tragic Mi-17 helicopter crash in Tawang that led to the deaths of seven security personnel, the Air Chief said: “Notwithstanding the high intensity of our flying, we can’t afford to have accidents and lose valuable lives and assets. Our losses during peacetime is a cause of concern and we are making concerted efforts to prevent accidents and preserve our assets.”

Stressing the need for joint planning and coordination between the IAF, Army and Navy, he said: “The Indian Air Force is firm in its belief that joint planning and operations are the way ahead, for which core competencies of each service must be synergised to generate the desired effect and capability.”