UP man had approached Darul to explain him Islamic laws on women. 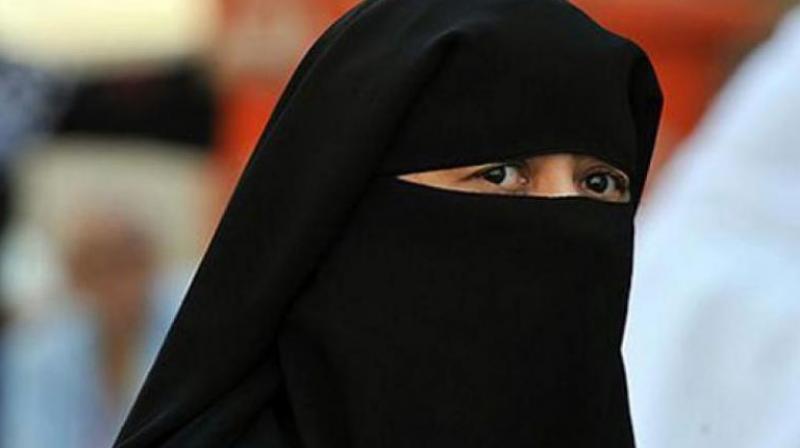 The seminary issued the fatwa after a Muslim man from Saharanpur approached Darul Iftaa to explain Islamic laws about eyebrow trimming and hair-cutting. (Representational Image)

Lucknow: The well known Islamic seminary in Saharanpur, Darul Uloom Deoband, has issued a fatwa that bans Muslim women from plucking, trimming and shaping their eyebrows.

The fatwa also bans the Muslim women from cutting their hair. Darul Iftaa, which issues the Darul Uloom Deoband’s edicts, has termed the act as ‘un-Islamic’.

The seminary issued the fatwa after a Muslim man from Saharanpur approached Darul Iftaa to explain Islamic laws about eyebrow trimming and hair-cutting.

“Do Islamic laws allow my wife to go for eyebrow plucking and hair-cutting?” the man had sought to know.

In response to his query, the Darul Iftaa issued a fatwa saying that both the acts are ‘un-Islamic’ and are banned under the Islamic laws.

Darul Iftaa clarified that there are ten acts, including eyebrow plucking and hair-cutting which are banned for Muslim women under Islam.   “Hair adds to the beauty of Muslim women and they should never get them cut”, said the head of Darul Iftaa, Maulana L Sadiq Qasmi.

Also, he asked the women to stay away from beauty parlours as Islam does not permit them to have make-up attracting other male members.

“The trend of Muslim women going to beauty parlours has increased in the country. It is not a good sign and it should be stopped immediately. We should have issued a fatwa in this regard long ago”, he said.