Another parallel development may lead to another fight between the state government and the Centre — on behalf of the Ranaut. 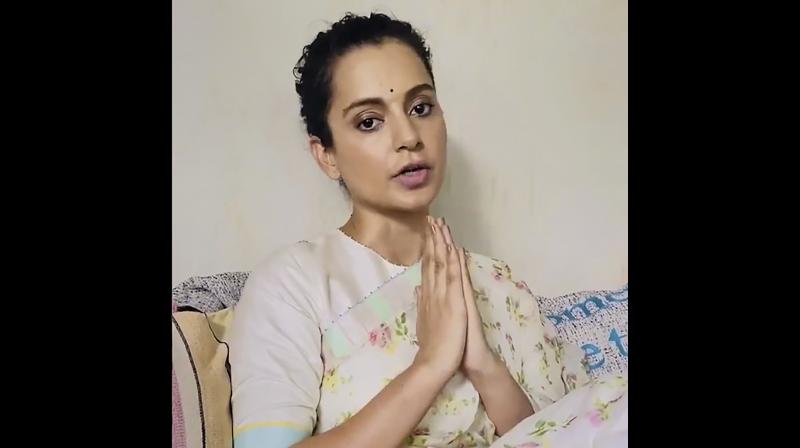 Kangana Ranaut at her residence.

It was a stormy day in the ongoing Kangana Ranaut-Shiv Sena affair as the BMC, ruled by the Sena, demolished portions of the Bandra bungalow of the Bollywood actress, just hours before she arrived in Mumbai from Manali.

After reaching her residence, Ranaut also posted a video slamming Maharashtra CM Uddhav Thackeray, who is also the Sena chief. In the video, she said: "Uddhav Thackeray, tujhe kya lagta hai? (what do you think?) That you colluded along with the film mafia, demolished my home and took revenge on me? My home was demolished today, your arrogance will crumble tomorrow. This is the wheel of time, remember, it never stays the same."

The 33-year-old actor has alleged that the Maharashtra government is targeting her because of her fight with the Shiv Sena. The Uddhav Thackeray-led party had slammed Ranaut for comparing Mumbai to Pakistan Occupied Kashmir.

While the Bombay High eventually stayed the demolition process after she filed a plea via her lawyer Rizwan Siddique, another parallel development may lead to another fight between the state government and the Centre — on behalf of the Ranaut.

Speaking to reporters, Maharashtra Home Minister Anil Deshmukh on Tuesday had said the Mumbai police will probe allegations by Adhyayan Suman that actor Kangana Ranaut took drugs. Deshmukh said Adhyayan, the son of actor Shekhar Suman, was once in a relationship with Ranaut  and he had alleged that she used to take drugs. "The Mumbai police will investigate this matter," the home minister added.