The APSDMA said that the State Disaster Response Force had deployed 167 personnel in East Godavari. 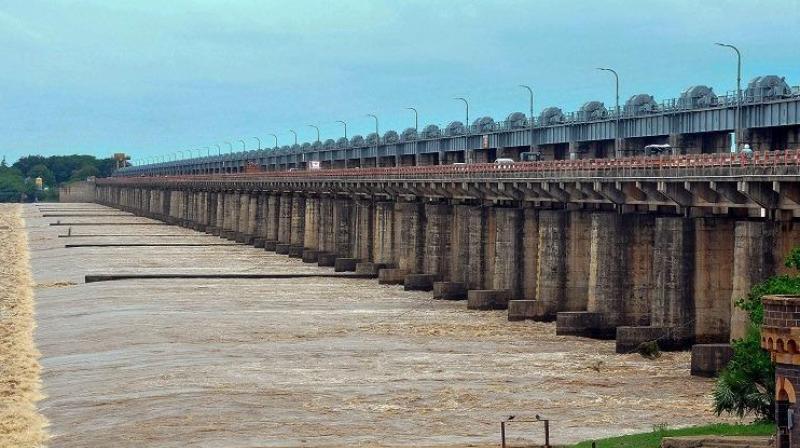 Andhra Pradesh: Water levels of Godavari continued to rise at the Polavaram and Dowleswaram barrages in Andhra Pradesh's East Godavari district on Monday morning, due to heavy rains upstream in the catchment area of the Godavari basin.

According to a press release by the Andhra Pradesh State Disaster Management Authority (APSDMA), as of 7 am on Monday, the second-level warning continued at Bhadrachalam in Telangana, though the water level was falling.

The APSDMA said that the State Disaster Response Force (SDRF) had deployed 167 personnel in East Godavari. While two teams are located in Veeravaram, one team is in place in Chinturu, while another was deployed to Rajahmahendravaram. The teams are are equipped with life jackets, boats and other rescue material.

Earlier in August, heavy rains in the catchment area of the Godavari basin had led to flash floods in East and West Godavari districts, resulting in water rising in the Dowleswaram barrage.

The floods had reportedly affected nearly one lakh people in the East and West Godavari districts and officials had stated that 19,000 were evacuated from low-lying areas and shifted to relief camps at the time.

The YSRCP government had claimed that it was the previous Telugu Desam Party's (TDP) government’s move to construct a cofferdam and increase its height, without completing work on the spillway, which led to the flooding.