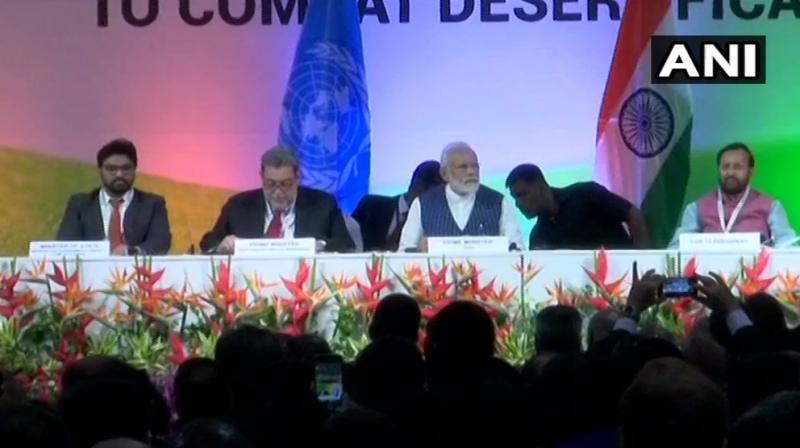 This was the 14th Conference of Parties (COP14) to United Nations Convention to Combat Desertification (UNCCD) (Photo: Twitter | ANI)

Noida: The 14th Conference of Parties (COP14) to United Nations Convention to Combat Desertification (UNCCD) was attended by PM Modi here on Monday.

Prime Minister of Saint Vincent and the Grenadines, Ralph Gonsalves and Union Minister Prakash Javadekar also present at the event.

With land degradation becoming a global threat, various countries have approached at one single platform at COP14 to fight against natural as well as man-made menace through different means and measures.

With an estimated cost of 200 million Euros, the global project has altogether 11 projects in seven countries of which India is also a one.