India   All India  09 Sep 2019  'Govt will not shy away from taking bold decisions,' says S Jaishankar
India, All India

'Govt will not shy away from taking bold decisions,' says S Jaishankar

He reiterated the government's commitment towards making India a USD 5-trillion economy by 2024. 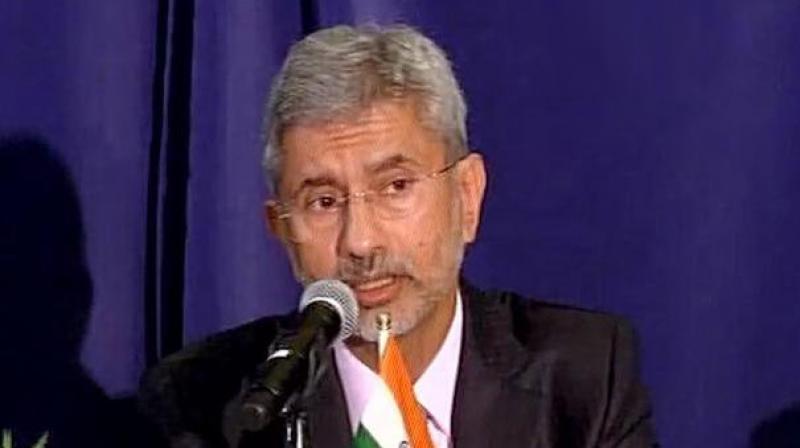 New Delhi: The Indian government will not shy away from taking bold decisions and work towards reforming the corporate sector to make it more accountable, responsible and innovative in the long run, External Affairs Minister S Jaishankar said on Monday.

"This is a government that will not shy away from bold decisions. It implemented GST, the biggest tax reform in decades...It has introduced Insolvency and Bankruptcy Code, a quick, transparent and market-driven approach to resolve stressed assets and release funds and productive capacity for the economy," Jaishankar said in his address at the India-Singapore Business Summit.

"But it is doing something more. It is reforming the corporate sector, making it more accountable and responsible. It will, in the long run, make it cleaner, more efficient and innovative. It will improve the ability of banks to recover loans and keep the engine of economy running," he noted.

The minister said building new India is not solely a "government project" but a national endeavour based on dreams, energy, drive, talent, hard work and innovation of all sections of the society.

He reiterated the government's commitment towards making India a USD 5-trillion economy by 2024 and called on every sector of the economy and section of the society to rally together towards this goal.

"There were two ways to look at this, one that we have moved up from a two-trillion dollar economy to another closer to three trillion in 5 years. So our target is not beyond our reach. Two, This is the first time we are setting a clear target or goal. It is like a national mission statement, and it is a call for each sector of the economy and section of society to rally together for a common goal," Jaishankar said.

Jaishankar said that the government's confidence in achieving its commitments stems from the new generation of entrepreneurs who are committed to innovate and benchmark themselves to the world standards.

"India is a country that is prepared to defend itself with its strength but will also deal with the world on the basis of its pluralist and inclusive ethos and democratic values. We demonstrated our will to defend ourself against terrorism and against unilateral efforts to change the ground situation that could have an irreversible impact on our security," he added.

He said India and Singapore share much in common as much in history as their vision for the world. "We can contribute to our region more when we can do more with each other. That is going to be the defining agenda for India and Singapore as we step forward into the future together."