Shah had on Sunday said that the Centre will not scrap Article 371 of the Constitution. 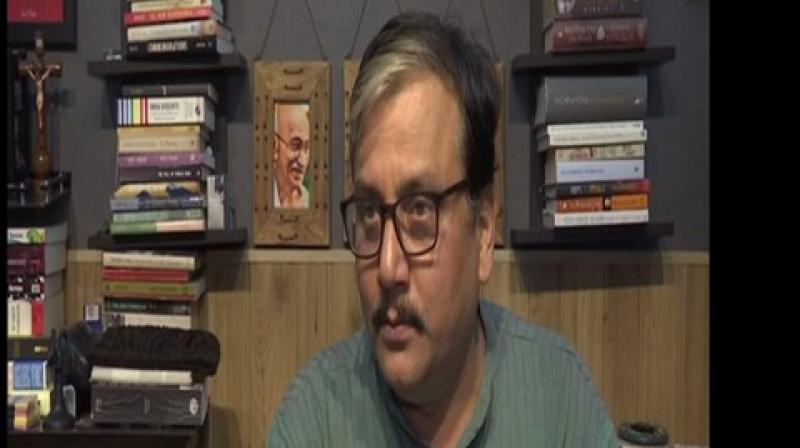 New Delhi: Rashtriya Janata Dal (RJD) leader Manoj Jha said that it is difficult to believe Union Home Minister Amit Shah's statement that the government will not abrogate Article 371 of the Indian Constitution.

Shah had on Sunday said that the Centre will not scrap Article 371 of the Constitution, which grants special provisions to the north-eastern states.

"We can see the anomalies coming up in NRC in Assam... I was concerned about Article 370 and Article 371 too... I am not able to believe in Amit Shah's trust (regarding Article 371). It would be same with another person, who believes in the Constitution of India," Jha told ANI, while reacting to the Home Minister's statement.

Addressing the 68th Plenary Session of the North Eastern Council in Assam, Shah said, "Article 371 is not a temporary provision like Article 370 was. It is a special provision. We respect that and will not tamper with it."

"Congratulations to the Modi Government on 100 Days No Vikas, the continued subversion of democracy, a firmer stranglehold on a submissive media to drown out criticism and a glaring lack of leadership, direction and plans where it is needed the most - to turnaround our ravaged economy," Gandhi tweeted.

Talking about this, Jha said, "Almost every sector of the economy is saying that we are moving towards a bad situation."

He added, "What Rahul Gandhi said is there in the mind of the people of India. The government and the Prime Minister need to think about the economy."