Earlier on Sept 1, police issued a lookout notice against the GJM chief for his alleged involvement in a blast at Kalimpong police station 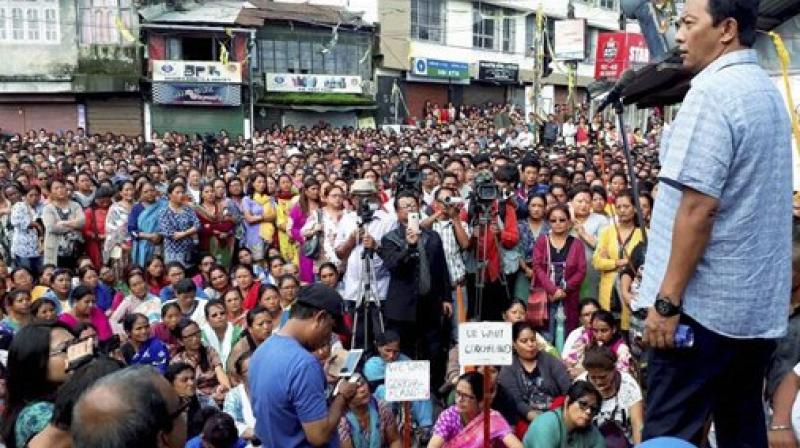 : The police on Friday night arrested 11 leaders of the Gorkha Janmukti Morcha (GJM) on charges of attempt to murder and vandalism.

The GJM leaders were arrested on Friday night after allegations were levelled against them for rioting using fire arms, vandalism of government offices, arson and attempt to murder, against Sections 147, 148, 149, 323, 324, 325, 326, 307, 333, 353 of the Indian Penal Code (IPC). The case has been forwarded to the Siliguri ACJM court on Saturday.

This meeting came a day after an arrest warrant was issued against GJM chief Bimal Gurung and seven others.

According to the reports, the warrant has been issued in the wake of the unrest created in on June 8 when West Bengal Chief Minister Mamata Banerjee had held a cabinet meeting in the hilly city.

Earlier on September 1, the police issued a lookout notice against the GJM chief for his alleged involvement in various cases, including a bomb blast in Kalimpong police station, in which a civic volunteer was killed.

The lookout notice was issued after the expulsion of the party assistant general secretary Binay Tamang and Gorkhaland Territorial Administration (GTA) member Anit Thapa for violating the party line.

In August, a section of the GJM's central committee met in Kurseong and decided to suspend the indefinite shutdown in and Kalimpong till September 12, when the Hills parties would be meeting West Bengal Chief Minister Mamata Banerjee in Siliguri for a second round of talks.

But, the suspension of the shutdown resulted in turmoil and confusion within the GJM as another group, apparently with party president Bimal Gurung's blessings, removed Tamang from the post.