The police have seized explosives and fire crackers, and sealed the Dera Sacha Sauda premises. 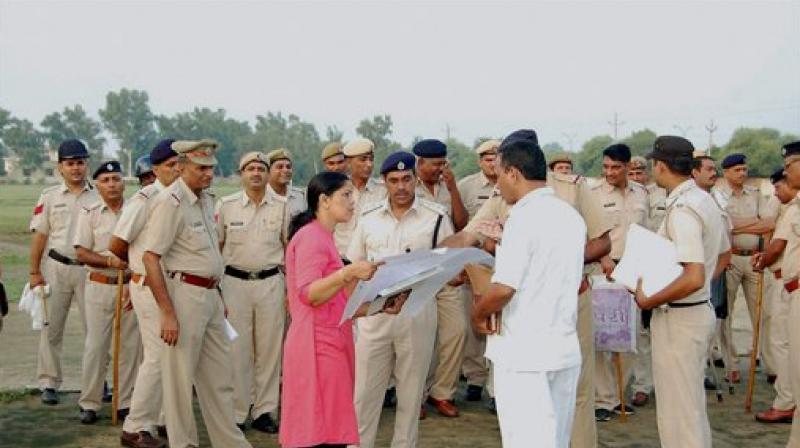 Heavy security was put in place at Satnam Chowk in Sirsa as the search operation, which began on Friday, continues for second day. (Photo: PTI)

Sirsa: An illegal explosives factory was found inside the headquarters of Dera Sacha Sauda during a search operation at the premises, an official said on Saturday.

The police have sealed the Dera premises. Heavy security was put in place at Satnam Chowk in Sirsa as the search operation, which began on Friday, continues for second day.

These currency tokens, which are given in exchange of money, were used to purchase commodities inside the Dera.

A computer,  hard disks, cash and medicines without label or brand were also recovered during the search operation.

A curfew was imposed in the areas surrounding the Dera on Friday and the authorities declare that there will be no relaxation in these areas till the search operation is underway.

The Punjab and Haryana High Court had on September 5 given orders to conduct a search operation at the headquarters of Dera Sacha Sauda, under the supervision of a judicial officer.

This order came after the Haryana Police seized a cache of 33 licensed weapons of the Dera Sacha Sauda. These weapons include 14 revolvers, nine guns, four rifles and other modified weapons.