On Friday, the Kerala Government has declared holiday for the day across the state. 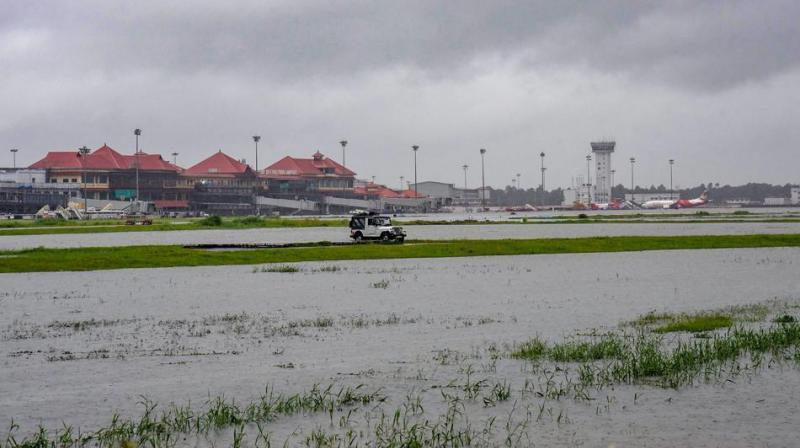 Flight operations at Cochin International Airport in Kerala have been stopped till 3 pm on Sunday due to heavy rain, airport officials said on Friday. (Photo: PTI)

Cochin: Flight operations at Cochin International Airport in Kerala have been stopped till Sunday 3 pm due to heavy rain, airport officials said on Friday.

The operations were suspended as there was a rise in water levels in Periyar river and a canal adjacent to the airport, reported news agency PTI.

“As the apron area is waterlogged due to the flood, all aircraft operations have been suspended at Kochi airport till 9 am on August 9,” said a statement issued earlier on Thursday by the Cochin International Airport Ltd (CIAL).

On Friday, the Kerala Government has declared holiday for the day across the state. Schools and colleges are shut in all 14 districts of the southern state on Friday, except state capital Thiruvananthapuram and Kollam.

Red alert had been issued on Thursday by the Kerala government in four districts: Wayanad, Idukki, Malappuram and Kozhikode.