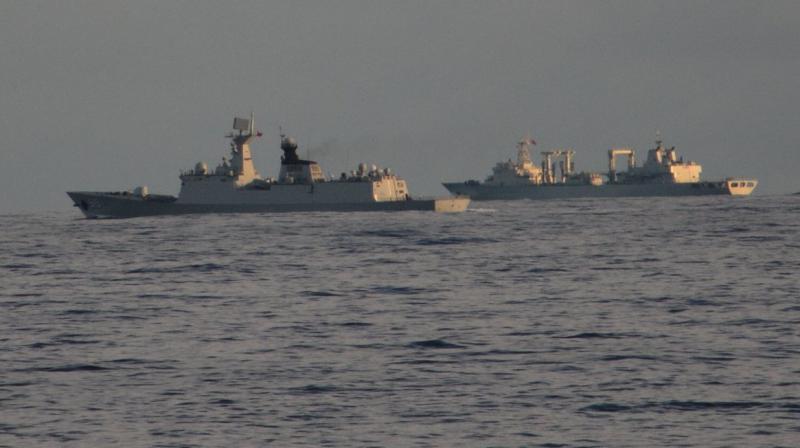 Officials are keeping a watch at critical points and surveillance through radars along the coast. (Photo: Twitter / @indiannavy)

Mumbai: Indian Navy has put all its bases and warships on high alert.

These measures are being taken in the wake of article 370 being revoked by the Indian government depriving J&K of its special status.

The government of India is being cautious due to a possibility of Pakistan-backed terrorists carrying out any attack, news agency ANI reported.

HT reported the officials saying that they are on a state of heightened alert on eastern and western seaboards.

Moreover, officials are keeping a watch at critical points and surveillance through radars along the coast.

Lately, movement of terror groups like Rauf Azghar, brother of terror group Jaish-e-Mohammed Masood Azhar to PoK has been reported by the Indian intelligence.

The navy has asked the government to fit in the 'friend or foe' system for boates smaller than 20 metres, the report said.