India   All India  09 Aug 2019  Amid fresh tensions, Pakistan says Kartarpur will go on
India, All India

Amid fresh tensions, Pakistan says Kartarpur will go on

More than 45 per cent of the work on Indian side has been completed. 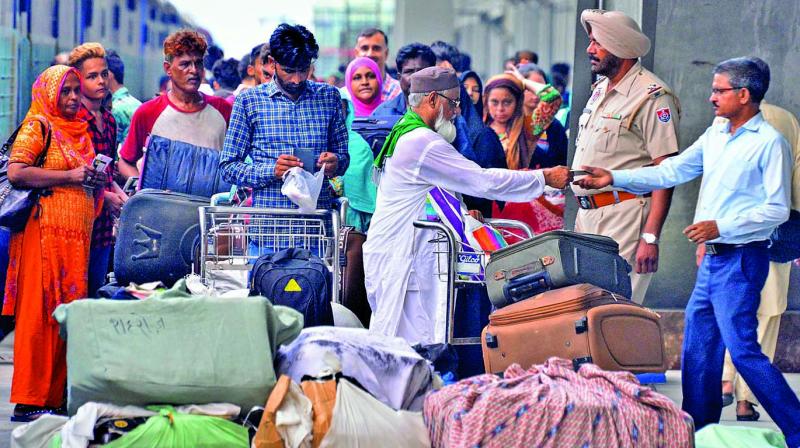 New Delhi: The Kartarpur Sahib corridor initiative will continue from the Pakistani side despite the recent tensions between the two neighbours, even as New Delhi is also working with all its might on the project.

“The Kartarpur initiative will continue,” Pakistan foreign minister Shah Mahmood Qureshi was quoted by news agencies as saying in Islamabad.

Meanwhile, according to news agency reports from Chandigarh, just days before Pakistan announced the downgrade of its ties with India for its J&K move, a Punjab delegation had got the all-clear from the Centre to visit Pakistan in connection with the Kartapur corridor project. The Centre gave its permission last week for a visit planned between August 22 and 27 to assess the work on the corridor aimed at giving access to Indian pilgrims to Gurdwara Darbar Sahib in Kartarpur, Punjab jails minister Sukhjinder Singh Randhawa reportedly said on Thursday.

Indian government sources had earlier said in June this year, “Following the decision taken by the Cabinet on November 22, 2018, India is expeditiously building the requisite infrastructure, including a four-lane highway and a state-of-the-art passenger terminal for the corridor.”

More than 45 per cent of the work on Indian side has been completed. The target for completion of the road is the end of September 2019 and thepassenger/ pilgrim terminal by end October 2019, in time to operationalise the Kartarpur corridor on the occasion of the 550th birth anniversary of Guru Nanak Dev in November 2019.”