These details came to light after two horrific cases of alleged sexual abuse of girls at shelter homes were reported from Bihar and UP. 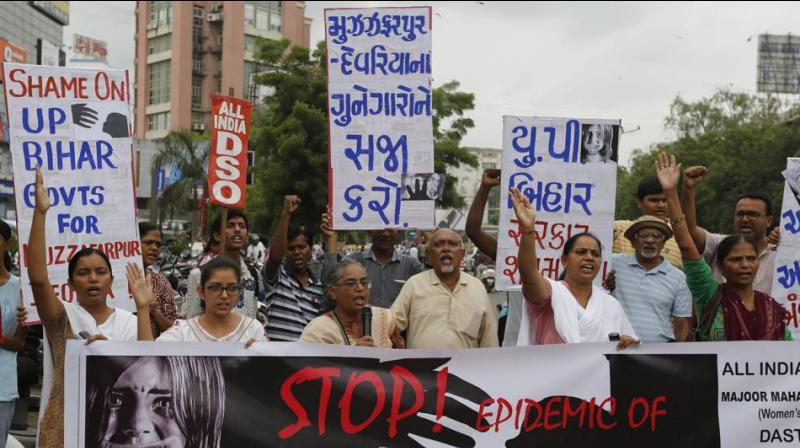 New Delhi: Bihar and Uttar Pradesh governments have been resisting social audits by national child rights body NCPCR at their 316 child care institutions, which house over 7,000 children, according to a senior official.

According to the National Commission for Protection of Child Rights (NCPCR) official, apart from Bihar and Uttar Pradesh, Himachal Pradesh, Manipur, Meghalaya, Kerala, West Bengal, Chhattisgarh and Delhi have also been resisting social audits at their child care institutions.

These details came to light after two horrific cases of alleged sexual abuse of girls at shelter homes were reported from Bihar and Uttar Pradesh.

The second case came to light this week, after 24 girls were rescued from a child care institution at Deoria in Uttar Pradesh amid allegations that they were sexually exploited.

“We are distressed to note from the affidavit filed that a large number of states have not permitted the National Commission for Protection of Child Rights (NCPCR) or its agency to conduct social audits,” the Supreme Court had said.

“We make it clear that since there is a direction of this court and if the state governments are resisting in conducting the social audits, it appears that they are trying to hide something and so they do not want social audits to be conducted under the directions of this court,” it had said.

The Supreme Court had ordered social audit of child care institutions on May 5 last year.

The CCIs include children home, observation home, special home, place of safety, specialised adoption agency and open shelter, which also house children in need of care and protection, and those in conflict with law.