The journalist-turned-politician exuded confidence that all members will work together in the House. 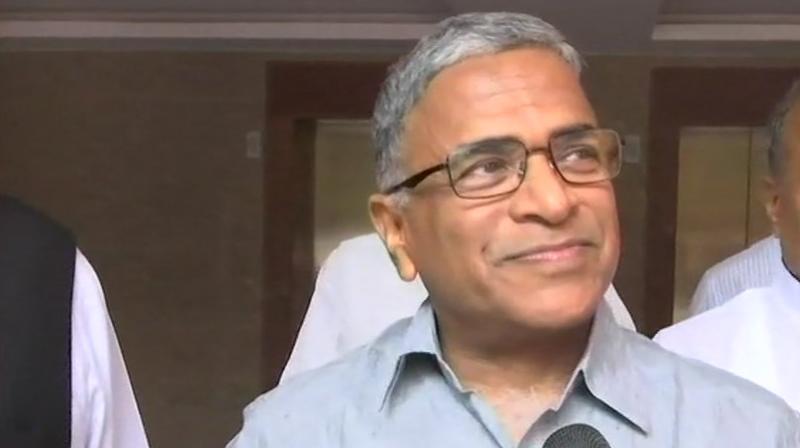 New Delhi: Newly elected Rajya Sabha Deputy Chairman Harivansh on Thursday said it would be his endeavour to uphold the dignity of the Upper House and expressed hope that differences would be ironed out through constructive debates, consensus and guidance.

The journalist-turned-politician exuded confidence that all members will work together and tread on principles of Gandhi and Jai Prakash Naryan to ensure a smooth run of the House.

The JD(U) member said, “Treading on rules and procedures framed by our Constitution makers, we can lead the country to greatness...There would be differences in debates, there would be different opinions... We can find out a way. I got this opportunity to be here...I am frightened, surrounded by so many experienced people but this is my strength too as you all will guide me and I assure you I will run the House in a fair and decent manner,” he said.

He said he was faced with a “Yaksha Prashna” (complex question) ever since he became an MP and delivered a lecture at a university in Ara, the land of great fighter Veer Kunwar Singh after students questioned if India followed the Western model of democracy why can’t parliamentarians show discipline and dignity and whether the ancient Indian system of high- level debates and communication is followed.

Harivansh said students wanted to know “why don’t we follow discipline, decorum, decency and dignity and run Parliament like them (West if we adopted their model)” and also questioned why the rich Indian tradition of high-standard debates were dumped while citing examples of Shankracharya and Vedic sage Ashtavakra who went alone to Janak’s Durbar.

He said he considered this as “Yaksha Prashna” but the answers lie in a Gita shloka that says: “For whatever a great man does that very thing other men also do; whatever standard he sets up, the generality of men follow the same.”

Emphasising that people emulate parliamentarians, he said they should lead by example and also urged them to follow Gandhian principles citing how he had set 10-12 points of conduct for all who followed him.

Harivansh also cited Lok Nayak Jai Prakash Naryan’s refusal to take up the demand of road and basic infrastructure of his village to higher ups by saying, “If I do this for my village; what about 5.5 lakh other such villages?”

“JP’s response is still alive in my memory ...He said yes if I say work will happen but if it happens in my village and 5.5 lakh other villages are deprived what answer will I give to them. Our grooming was done in this decent atmosphere,” he said.

Thanking Prime Minister Narendra Modi, BJP Chief Amit Shah, Leader of the Opposition, Ghulam Nabi Azad and others for getting him elected to the post, he said he had never envisioned that he will be at this post in Lutyen’s Delhi as he came from a village between two mighty rivers- Ganga and Ghagra where during floods people thought this was the last night or day of their life.

“I studied below a tree ... from an ordinary primary school ...My journey to Lutyen’s Delhi or elite’s Delhi was possible due to each one of you. The foundation of social awareness was laid ... there was no road in the village to commute ...We used to be confined to our homes during floods... People used to carry the sick on a charpoy for 15 km distances ... We saw electricity many years later...We started our journey with earthen lamps,” he said.

He said after for 40 years of job including 37 years of journalism he was here and quoted Tamil poet Thiruvalluvar.

He said this country has different culture, traditions and under such circumstances the thinking has to be different as he quoted Dr Radhakrishnan, “We will try to do within our power to justify to the public of this country that a second chamber is essential to prevent hasty legislation.”

As soon as his speech was over, Chairman Venkaiah Naidu invited him to conduct proceedings and Harivansh adjourned the House till 2 pm.

Later, Prime Minister Narendra Modi and members were seen congratulating him in the House.

Ruling NDA candidate and JD(U) member Harivansh was elected as the Deputy Chairman, securing 125 votes as against 105 polled by opposition candidate BK Hariprasad.

The post of the deputy chairman was lying vacant since the retirement of P J Kurien on July 1.