Mohammad Younis was brought to the SMHS hospital in Srinagar with critical pellet injuries in the chest, a police official said. 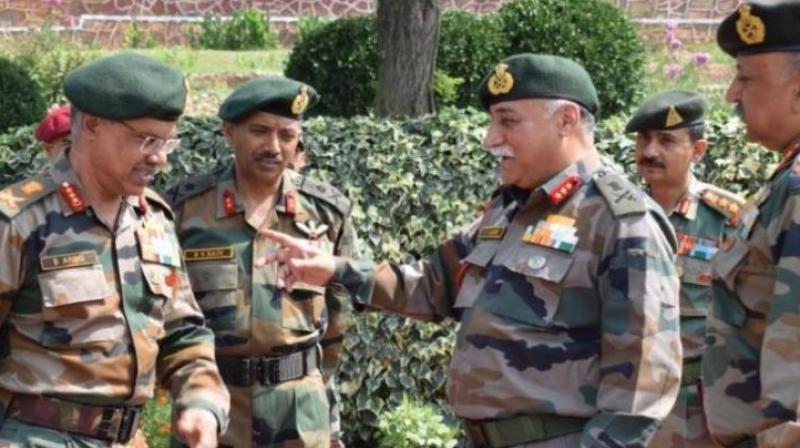 Clashes broke out between protestors and security forces after 3 militants were killed in Pulwama, Kashmir. (Photo: ANI)

The killing of militants triggered protests in the area. The security forces fired teargas canisters and shotgun pellets to quell protesters and stone pelting mobs injuring over a dozen of persons, mainly youth.

One of them was identified as 16-year-old Younis Ahmed Sheikh was rushed to Srinagar’s SMHS hospital where he succumbed to multiple pellet injuries in the chest, doctors said.

The officials said that the troops from Army’s 42 Rashtriya Rifles along with the men from J&K police’s counterinsurgency Special Operations Group (SOG) and Central Reserve Police Force (CRPF)’s 180 battalion launched an operation in Gulab Bagh around noon after learning about the presence of militants.

“The terrorists hiding in the area were asked to surrender but they refused and opened fire on security forces, triggering an encounter in which all three of them were killed”, a defence spokesman said.

He added that 3 AK 47 rifles were found on the slain men and that the operation was still underway.

The police sources said that the trio were associated with Hizb-ul-Mujahideen but had recently switched their allegiance to Zakir Musa, its former senior commander who was last month named as the head of al-Qaida’s newly launched India cell ‘Ansar Ghuzwat-ul-Hind’.

However, the Hizb-ul Mujahideen in a statement said that the trio “who were part of so-called Zakir Musa group were coming back to rejoin Hizb-ul-Mujahideen, but got killed in a gunfight on way”.

Its ‘operational spokesperson’ Burhanuddin told local news gathering agency CNS that the Hizb chief Syed Salahuddin and Deputy Saifullah Khalid have paid rich tributes to the trio and said that the doors of the Hizb are always open for the militants associated with Ansar Ghuzwat-ul-Hind.

They alleged, “Ansar Ghuzwat-ul-Hind headed by Zakir Musa has been created to divide Kashmir nation. We will issue a detailed statement in this regard and will also expose the elements behind this conspiracy,” Burhanuddin said adding that Hizb will convene a “high-level” meeting and “will inform the nation about the ground realities”.

The killing of militants sparked off widespread protests in Tral area. At places irate crowds of youth clashed with the security forces who fired teargas canisters to quell stone-pelting mobs.

Earlier while the operation against the militants was on, the group of youth had tried to block the way of security forces’ reinforcements on way to Gulam Bagh by hurling rocks at their vehicles, reports said.

The mobile and Internet services were snapped partially in the area amid rising tensions.

Meanwhile, the Northern Army Commander Lt. Gen. D. Anbu on Wednesday visited South Kashmir along with Srinagar-based Chinar (1) Corps Commander Lt. Gen. JS Sandhu where they were briefed by local Army commander on various aspects of security and operational preparedness in the Valley.

“The Army Commander was appreciative of the measures put in place to meet any challenge and complimented the troops for the recent successful counter terrorist operations,” a statement issued by the Army read.

It added, “The Northern Army Commander exhorted the commanders and troops to keep up the pressure on the terrorists in the Valley and appreciated the synergy being shown amongst all security agencies and complimented the troops for undertaking operations with firmness and resolve”.

It further said, “He also encouraged the soldiers deployed in the Valley to continue utmost vigil and operational focus and assured full support for their endeavours”.