India   All India  09 Aug 2017  In historic move, Odisha to give property rights to slum dwellers
India, All India

In historic move, Odisha to give property rights to slum dwellers

The state cabinet has approved two ordinances to assign land and property rights to about two lakh slum dwelling households. 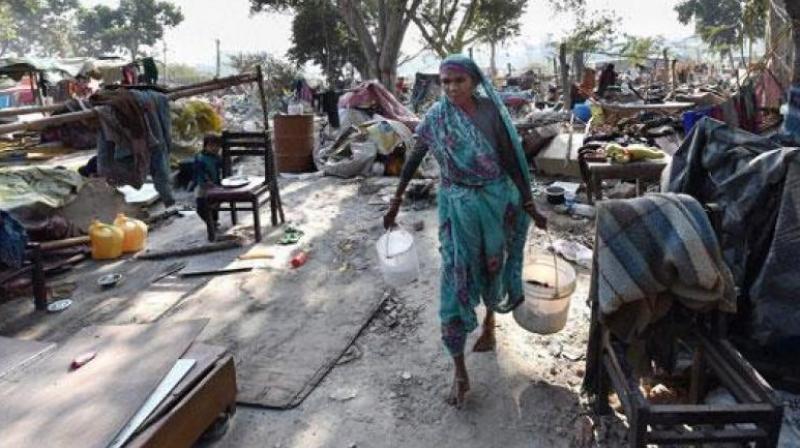 Bhubaneswar: Odisha will give land rights to slum dwellers in small towns and property rights to those living in city settlements in a "historic" step officials said would benefit tens of thousands in the state.

"The urban poor in slums will get land rights for residential use that are heritable, mortgageable and non-transferable," he told reporters in state capital Bhubaneswar.

"As far as is practicable, efforts will be made to provide these rights on an in situ basis," he said, adding that the "historic" decision will help remove residents' constant fear of eviction and harassment.

The 2011 census data shows 65 million people live in slums across the country. That number is rising quickly as tens of thousands of migrants leave villages to seek better prospects in urban areas. Many end up in overcrowded slums, lacking even basic facilities and with no claim on the land or the property.

Evictions from slums and the demolition of settlements have risen as cities expand and are spruced up under programmes such as the Smart Cities plan that aims to create centres with living standards comparable to Europe.

Slum dwellers have long opposed efforts to relocate them to distant suburbs which limit their access to jobs and amenities. Instead, they favour development with upgrading of facilities and secure tenancy.

While Odisha and other states have programmes to give land to the landless poor in rural areas, a similar effort has not been undertaken in cities before, said G Mathi Vathanan, Commissioner at the Department of Housing and Urban Development.

The initiative "will improve the living conditions of the urban poor", he told the Thomson Reuters Foundation.

Mahendra Parida of the slum dwellers' rights group Bhubaneswar Basti Basinda Mahasangha said the move was a welcome first step, but many uncertainties remained. "The government has yet to properly identify all slum dwellers... so not all the urban poor will benefit," he said.