Four people have been charged for their threats and abuse on Twitter targeting the journalist. 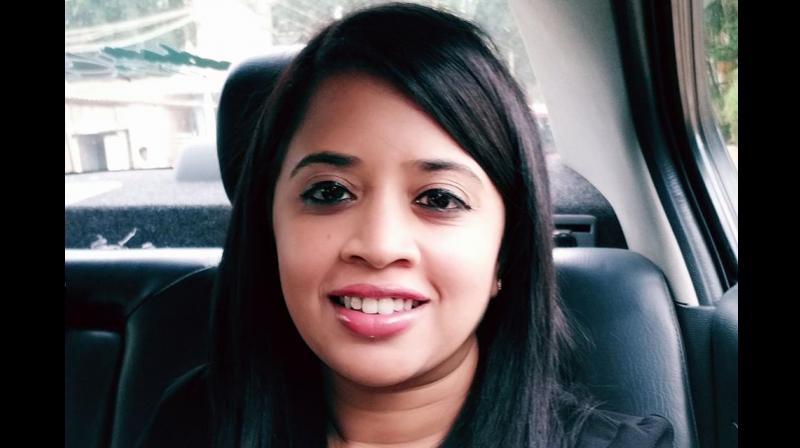 The investigation is underway, where they are trying to identify four people who tweet using aliases. (Photo: Facebook)

Chennai: When tweeting her opinion on a movie, Bengaluru journalist Dhanya Rajendran would not have imagined that a mere comment would enrage people and she would be trolled on social media.

Rajendran on Friday had tweeted after watching Shah Rukh Khan and Anushka starrer 'Jab Harry met Sejal' that it was "worse" than south superstar Vijay's movie, Sura, which released a few years ago, because she at least had sat through the interval of it.

As soon as she put out this tweet, what followed was a series of relentless abuses, non-stop trolling and threats. There were more than 30,000 tweets targeting Rajendran with the hashtag, #PublicityBeepDhanya.

The fact that it was organised became evident when she shared tweets of the traffic she was gaining.

So yesterday, according to trendsmaps, there were 31,000 tweets on that hashtag on me and 30,000 mentions (with or without hashtags).

Four people have been charged for their threats and abuse on Twitter targeting the journalist, NDTV reported.

Is this kind of trolling unorganised? Definitely, not. Tweet was sent before 6 pm asking me to wait. And they started the hashtag at 6 pm pic.twitter.com/lwpYYQmyRM

And then at 6.05 pm, the same handle tweets the hashtag. An organised activity pic.twitter.com/5YNI0EuHai

“Twitter India blacklisted the hashtag immediately after I pointed out to them that they can’t talk about security for women when there is a hashtag that is an abuse trend. My only problem is I have access to Twitter people, so I could do it. What about so many others who don’t?” Rajendran said speaking to The Indian Express.

The investigation is underway, where they are trying to identify four people who tweet using aliases.

"We are adopting conventional methods to trace these people. Some have also deleted their accounts," a senior officer said, the NDTV report added.

Actor Vijay is yet to respond to the controversy.