India   All India  09 Jul 2019  Vadodara residents to develop drainage on their own; want PM Modi to lay foundation
India, All India

Vadodara residents to develop drainage on their own; want PM Modi to lay foundation

For two years now, residents of more than 25 societies in Bhayli have been struggling to get a drainage system, but in vain. 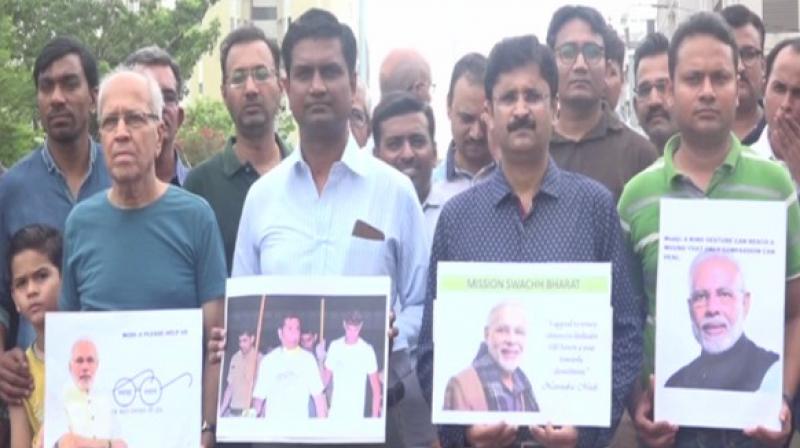 Vadodara: After they fail to get a proper drainage system in the area, aggrieved residents of societies in Bhayli area have invited Prime Minister Narendra Modi to lay the foundation stone for the drainage facility, which will be constructed by the area residents.

For two years now, residents of more than 25 societies in Bhayli have been struggling to get a drainage system, but in vain.

Left with no option, they have decided to create the facility by collecting money from among themselves, but they want Prime Minister Modi to lay the foundation for the civic facility.

"On one hand, Vadodara has been ranked as a smart city and on the other, we are forced to live in filthy and unhealthy conditions in an upscale locality like Bhayli. It is all because of the poor drainage system. It increased the risk of diseases in our area. This problem should be solved at the earliest," said Jitendra Rawat, a resident, while speaking to ANI.

"Despite residing in lavish apartments, we are unable to step out of our society due to choked and overflowing drains. PM has failed to implement his key campaign -- Swachh Bharat Abhiyan -- in our locality," said Kedar Boomiya, another resident.

"Even after following up the matter for two years with the authorities, they did not do anything to address the problem. Hence, we all have decided to build the drainage system ourselves," he added.

Residents here are unable to step out of their societies due to overflowing drains, water-logging and garbage spilled all over the streets. Children are suffering the most, as they face hardships in getting into the school buses. They cannot even go out for playing in the evening.