The Shobha Yatra was brought out as a mark of the renovation of the temple, where the idols of Hindus were installed as per the rituals. 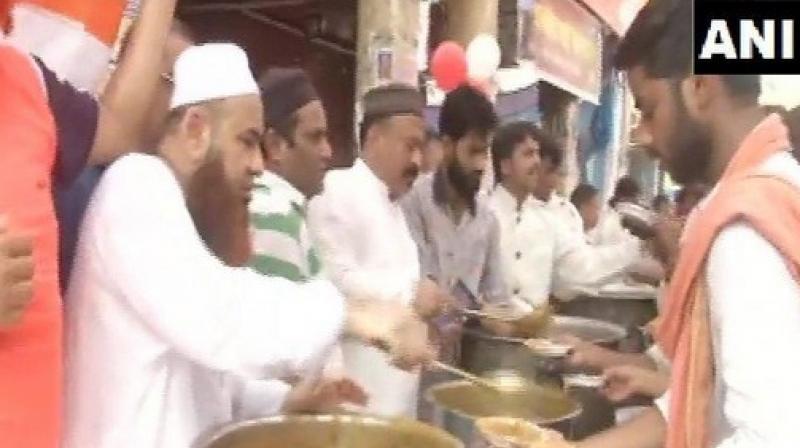 New Delhi: Days after a clash over the parking, which led to communal tension in Old Delhi's Hauz Qazi, members of the Aman Committee here on Tuesday distributed food to the participants of Shobha Yatra brought out by the Vishwa Hindu Parishad (VHP).

The Shobha Yatra was brought out as a mark of the renovation of the temple, where the idols of Hindus were installed as per the rituals.

Senior BJP leader Vijay Goel also joined the Shobha Yatra. Speaking to ANI, he said: "A few days back a small scuffle over parking led to heightened tensions in the area. Some people provoked it including AAP leader Imran Hussain."

"We requested the police to take strict action against the guilty. Arrests have been made in this regard but no action has been taken against Imran Hussain," he said.

"Today's Shobha Yatra was taken out to convey that nobody has the right to cause any kind of damage to any place of worship," he added.