The negative cycle must be reversed before its is too late, says Karan Singh. 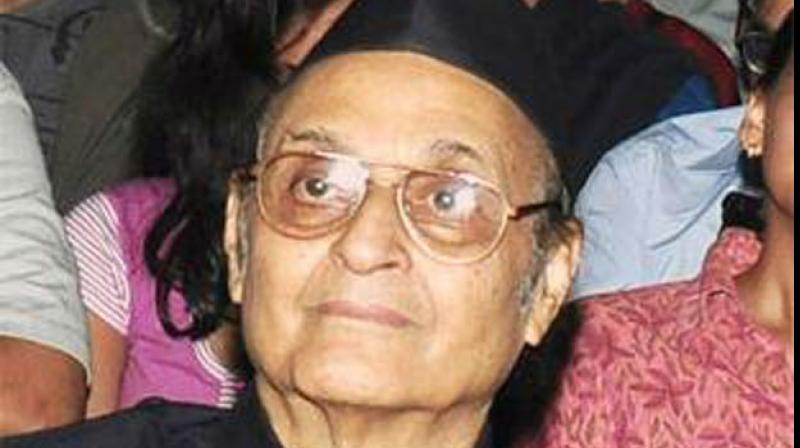 New Delhi: Reflecting on the present uncertainty and confusion over who would lead the Congress, veteran party leader Karan Singh on Monday joined the ranks of senior leaders who have called for quick selection of a successor to Rahul Gandhi. Pushing for an early CWC meeting on the issue, he also underlined the need to reverse the “negative cycle before it is too late”.

Asserting that he was “aghast” at the disorientation into which the party has fallen since Mr Gandhi’s resignation, Karan Singh asked the working committee to meet without delay under the chairmanship of former Prime Minister Manmohan Singh to take necessary decisions.

Karan Singh’s call for hastening the selection of a new party president came on a day when top party leaders met at the Congress war room on Gurdwara Rakab Ganj road in central Delhi to discuss the issue.

Meanwhile, Mr Gandhi has decided to visit Amethi, the Gandhi family pocket-borough which he lost to Union minister Smriti Irani, on July 10.

Karan Singh earlier said, “I am aghast to see the confusion and disorientation into which the party has fallen since Rahul Gandhi resigned on May 25. Instead of honouring his bold decision, a month was wasted pleading him to take back his resignation.”

In a statement circulated among reporters, Karan Singh said, “I strongly urge the working committee to meet without delay, perhaps under the chairmanship of former PM Manmohan Singh, and take necessary decisions.”

“The longer the present uncertainty remains, the more the Congress workers and voters around the country will be demoralised,” he said, adding that the “negative cycle must be reversed before it is too late”.

The Congress is yet to finalise the schedule for the all-important meeting of its working committee which will decide a way forward for the crisis-ridden party.

Following Mr Gandhi’s resignation, there has been a spate of resignations citing accountability from young leaders which has put party veterans in a spot with pressure mounting on them to follow suit.

Some Youth Congress leaders met Mr Gandhi last week and told him a young leader who has connect with the youth is the need of the hour and should be handed over the reins of the party, sources said.

“Whoever becomes Congress president has to be someone whom people can identify with across the country. People should be able to identify and also look for their long term future with that president,” a senior leader said on condition of anonymity.

“Someone who is well-known, articulate and has charisma — that is the kind of person people expect the Congress to hand over the reins to,” he added.