The villagers alleged that the police refused to register their complaint as they were busy with some other case. 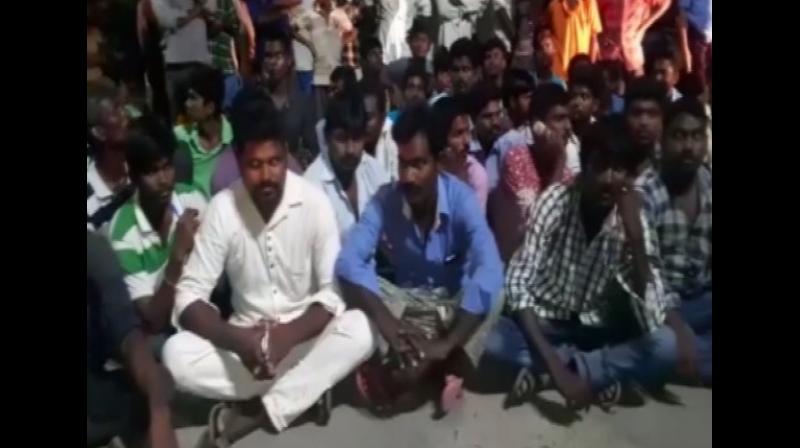 Villagers of Turlapadu took to the streets after a 35-year-old woman was allegedly molested by two men. (Photo: ANI)

Krishna: Villagers of Turlapadu took to the streets after a 35-year-old woman was allegedly molested by two men. Police refused to register a complaint against the accused persons, villagers claimed.

Villagers staged a protest against the local police on Monday night.

"We have received a complaint from the victim, Rajani. The accused persons have been booked under Section 370 of Indian Penal Code read with 5(II), a case has been filed under rape and The Scheduled Castes and Scheduled Tribes (ST/SC) Prevention of Atrocities Act. The accused men are still absconding," Chandarlapadu Sub Inspector, Subrahmanyam told ANI.

"Victim's family members were demanding to hand over the accused persons to them but the police denied their demand," he further added.

The villagers alleged that the police refused to register their complaint as they were busy with some other case.

As told by Rajani's family members, two drunken men tried to molest her while she was returning after grazing her buffalos. Both the men fled away from the spot after Rajani screamed for help.

Rajani informed her husband about the entire incident after which her husband along with other family members reached the police station to file a complaint against the accused men.