India   All India  09 Jul 2017  Sikkim row: Indian Army not to retreat; set for long haul in Doklam
India, All India

Sikkim row: Indian Army not to retreat; set for long haul in Doklam

A steady line of supplies is being maintained for the soldiers at the site signalling that Army is not going to wilt under pressure. 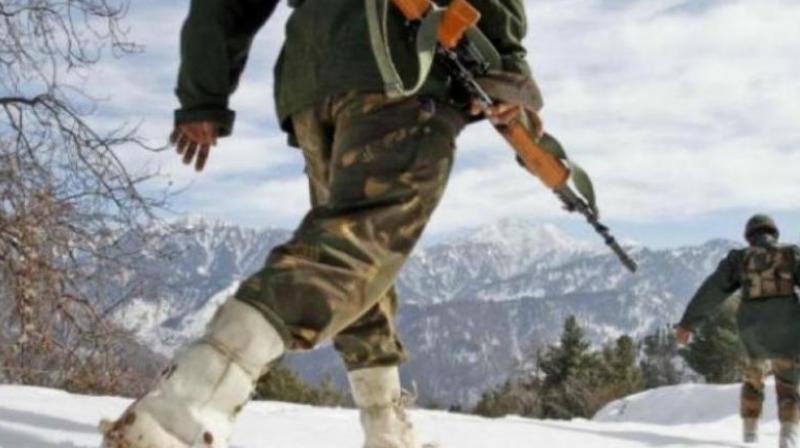 Both the countries had agreed to a mechanism in 2012 to resolve border flare ups through consultations at various levels. (Photo: Representational/File)

New Delhi: The Indian Army is ready for a long haul in holding onto its position in the Doklam area near the Bhutan tri-junction, notwithstanding China ratcheting up rhetoric against India demanding pulling back of its troops.

The Indian soldiers deployed in the disputed area have pitched their tents, in an indication that they are unlikely to retreat unless there was reciprocity from China's PLA personnel in ending the face-off at an altitude of around 10,000 feet in the Sikkim section.

A steady line of supplies is being maintained for the soldiers at the site, official sources said, signalling that Indian Army is not going to wilt under any pressure from China.

At the same time they sounded confident of finding a diplomatic solution to the dispute, citing resolution of border skirmishes in the past through diplomacy.

Though China has been aggressively asserting that it was not ready for any "compromise" and that the "ball is in India's court", the view in the security establishment here is that there cannot be any unilateral approach in defusing the tension.

Both the countries had agreed to a mechanism in 2012 to resolve border flare ups through consultations at various levels.

The mechanism has not worked so far in the current case as the stand-off near the Bhutan trijunction, triggered by China's attempt to build a road in the strategically important area, has dragged on for over three weeks.

New Delhi has already conveyed to Beijing that such an action would represent a significant change of status quo with "serious" security implications for India. The road link could give China a major military advantage over India.

Doka La is the Indian name for the region which Bhutan recognises as Doklam, while China claims it as part of its Donglang region.

China and Bhutan are engaged in talks over the resolution of the dispute in the area. India argues that since it is a tri-junction involving the three countries, it also has a say in the issue, specially in the backdrop of 2012 agreement between special representatives of the two countries, that have till now held 19 rounds of talks.

Bhutan has no diplomatic ties with China. As a close friend and neighbour, Bhutan enjoys diplomatic and military support from India.

Of the 3,488-km-long India-China border from Jammu and Kashmir to Arunachal Pradesh, a 220-km section falls in Sikkim.