India   All India  09 Jul 2017  No money to buy bulls: MP farmer who made his daughters plough field
India, All India

No money to buy bulls: MP farmer who made his daughters plough field

Sardar Kahla claimed that his family does not have enough money to buy or take care of oxen for ploughing. 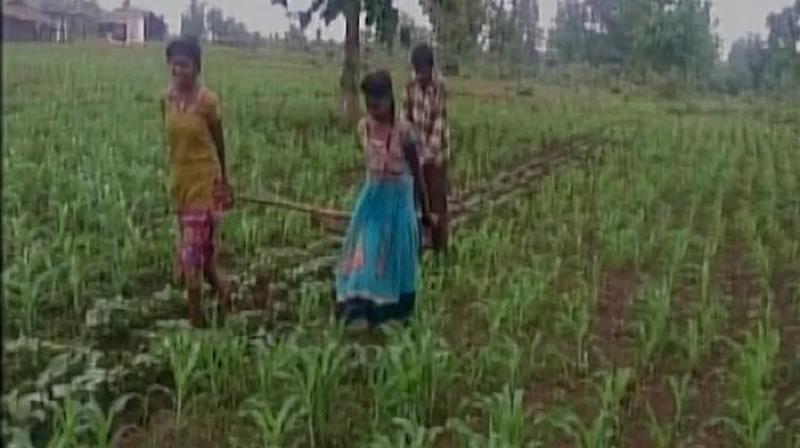 Sehore (Madhya Pradesh): Financial crisis reduced a farmer in Sehore's Basantpur Pangri village to use his two daughters, instead of oxen to pull the plough in their fields.

Sardar Kahla claimed that his family does not have enough money to buy or take care of oxen for ploughing.

"I do not have enough money to buy or take care of bulls for ploughing. Both my daughters quit their schooling due to financial crisis," farmer said.

Meanwhile, District Public Relation Officer (DPRO) Ashish Sharma said that the administration is looking forward into the matter and a proper help would be given to him under governmental schemes.

"The farmer has been instructed not to use children for such activities. Whatever help he can be given under governmental schemes, administration is looking into it," Sharma said.

Both daughters Radhika, 14 and Kunti, 11 years quit their education due to lack of money or financial support.

Several farmers have committed suicide in the state due to financial crisis.

Recently, Mandsaur became the epicenter of a farmers' agitation over a demand for loan waivers and better prices for their produce.