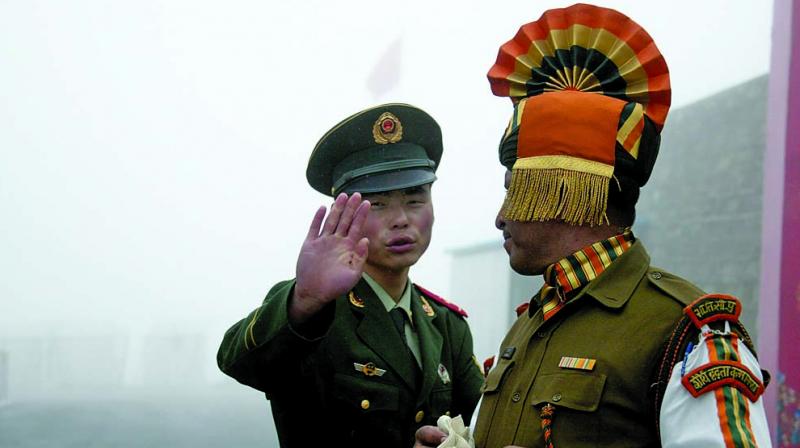 Old Monk Rum is a much sought after item among the Chinese soldiers. (Photo: AFP)

New Delhi: This is a tale most of the officers and men who have served in the high-altitude areas along the Line of Actual Control (LAC) never tire of repeating of how the Chinese soldiers would look forward to large servings of Old Monk rum during the bilateral meetings that were usually marked by warm bonhomie.

“Old Monk Rum is a much sought after item among the Chinese soldiers. In return, they would bring their bottles of beer made from barley although we preferred our own liquor,” said a serving Army officer, who was stationed near the Nathu La pass in Sikkim, which is not far from the latest flashpoint where Indian and Chinese troops are engaged in an eyeball-to-eyeball confrontation that began last month.

As part of the confidence-building measures, besides the about 10 BPMs in a year, the two forces had regular flag meetings usually focused on specific issues and would host events to celebrate events like festivals and national days, where sweets and other gifts would be exchanged.

The BPMs would start with the hoisting of the national flags of both the countries, which would be saluted by all, following which the delegations leaders would make an address followed by the exchange of greetings. Usually cultural events would also be organised. It is another matter that with the latest impasse, the fate of BPMs is in a limbo as of now.

In the joint lunches, the Chinese spread is diverse with both vegetarian and non-vegetarian dishes. “But the Chinese Army never served us beef as they know its sensitivity amongst Indians,” said another soldier who had attended many such meetings during his stint at the border.

For the Indian troops stationed at those icy heights, regular food would be supplied during summers, while specially made tinned food would be sent for them during winters.

A soldier’s life at more than 10,000 feet can be harsh and tough amid very low temperatures and rarefied atmosphere. “Even more than the plummeting temperatures or the lack of oxygen, it was the wind chill factor that made life difficult. The constantly howling icy wind would bite into the bones,” the official said. While the patrolling parties of both the Armies would comprise teams of seven to 15 soldiers each, there would usually be someone who could translate. And many a time, Indian and Chinese patrolling teams would come face to face only to nod at each other and move on.