Villagers near Amravati and adjoining areas have been advised to boil the water before drinking it. 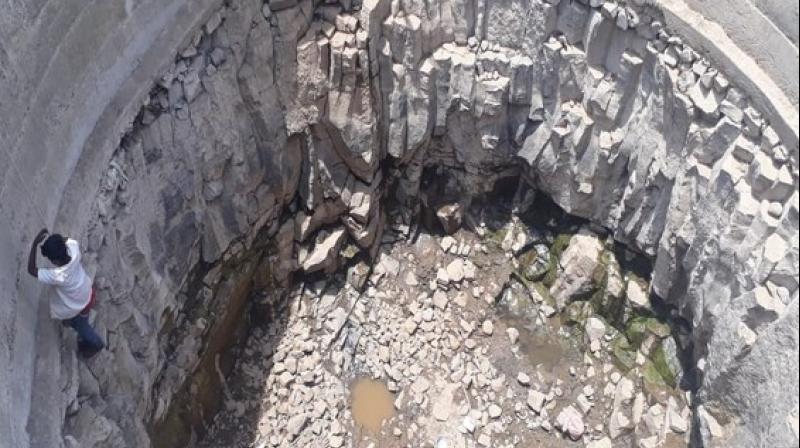 People in Melghat are forced to go as deep as 40 feet inside the wells to fetch drinking water. (Photo: ANI)

Amravati: People in Melghat, who have been facing severe water crisis, are forced to go as deep as 40 feet inside wells to fetch drinking water.

"I have to go down 40 feet. First I remove the unhygienic water and then wait to fetch the clean water. It takes a lot of time. Sometimes, it takes the entire day. Only a few people manage to get it," Shivraj Belkar, a villager, said while talking to ANI.

Lamenting the apathy of government officials, he said, "It has been continuing for so many years. Neither the government nor anybody else is doing anything. There are three wells in the village. Some people sleep there to fetch drinking water."

Another villager Shivkala Nagle questioned, "What if someone falls down someday, who will be responsible for that?"

However, Nishant Sarap, a health worker in Sonapur village said that villagers have been advised to boil the water before drinking it.

"We have informed senior officials about this. We have also advised that everyone should boil the water before drinking it and that they should not drink water from the well which is prohibited," he said.