The girl went missing on Saturday evening after she had gone out of her house to buy something. 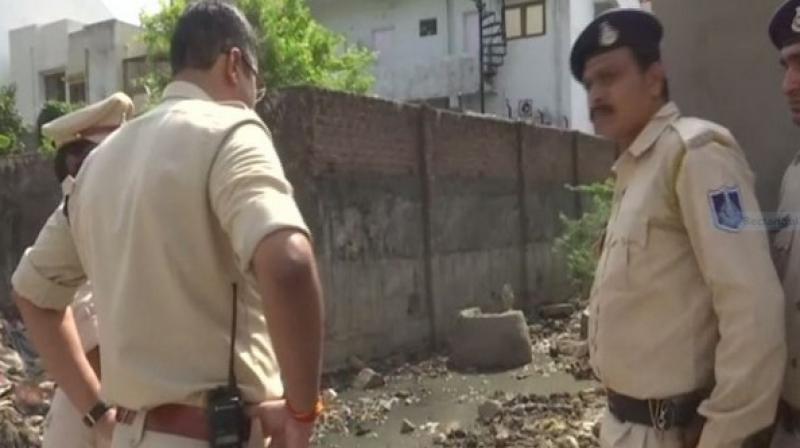 Meanwhile, a policeman was suspended for dereliction of duty in connection with the case. (Photo: ANI)

Bhopal: In yet another incident of crime against a minor, the body of an 8-year-old girl was found in a drain close to her house at Kamla Nagar here in wee hours of Sunday.

Police said prima facie it appears that the girl was raped and murdered. However, a firm conclusion would be drawn only after the report of the postmortem, they said.

Six policemen have been suspended including an ASI, constable and 4 others in the case of alleged rape and murder of an 8-year-old girl whose body was found in a drain near her house in wee hours on Sunday.

The location of the accused has also been traced and attempts are being made to nab him, told Madhya Pradesh Home Minister Bala Bachchan.

"The main suspect has been identified. His location has been traced and he will be arrested soon. 6 policemen have been suspended. Stringent actions will be taken. No one will be spared. The accused lives in the neighbourhood," said Bala Bachchan.

"As per the information, given by the police, she was raped by the accused and it is not a case of gangrape," he said.

The girl went missing on Saturday evening after she had gone out of her house to buy something. When she did not return, her parents approached the police following which a case was registered and a search for the missing child started.

The body was recovered from the drain after someone cited it and informed the police.

"She went out at about 8.30 in the evening and did not return. Her parents approached us and we started searching for the child. The child's body was found at 5 am today in the drain," said ASP, Akhil Patel.

"A police personnel has been suspended for laxity. Prima facie it appears that something wrong happened with the girl but this could be established only after the post-mortem report," IG, Yogesh Deshmukh told ANI on phone.