Praising Mr Mukherjee, the BJP veteran said he showed grace and goodwill in accepting the RSS invite as he recalled his long association with him. 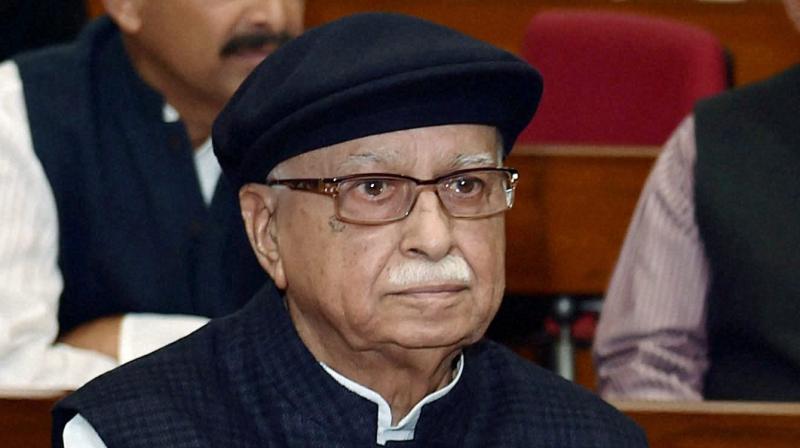 New Delhi: Describing former President Pranab Mukherjee’s visit to the RSS headquarters and his “illuminating exposition of the noble idea and ideals of Indian nationalism” as a “significant event in our country’s contemporary history,” BJP veteran L.K. Advani on Friday lauded Mr Mukerjee.

The senior BJP leader said he believed that Mr Mukherjee and RSS supremo Mohan Bhagwat have truly set a praiseworthy example of dialogue transcending ideological affiliations and differences. The former President had addressed the gathering of RSS pracharaks at an event at its Nagpur headquarters on Thursday, which had drawn a lot of flak from several Congress leaders and other BJP opponents. However, Mr Mukherjee’s speech drew praise from Congress leaders as well as from those associated with the RSS.

Lauding Mr Mukherjee for accepting the invitation of the Hindutva organisation and Mr Bhagwat for inviting him, Mr Advani said there was significant concord and resonance in the views expressed by both of them.

As a lifelong “swayamsevak” of the RSS, the BJP veteran, in a statement issued, said, “Both of them highlighted the essential unity of India, which accepts and respects all diversities, including the pluralism of faiths.”

Mr Advani, who has served as the BJP president for the longest period, expressed his happiness over the RSS under Mr Bhagwat expanding and intensifying its efforts to reach out to various sections of the nation in the spirit of dialogue.

“Such conversations, conducted in the spirit of openness and mutual respect, will surely help in creating a much-needed atmosphere of tolerance, harmony and cooperation to build an India of our common dreams,” he said.

Praising Mr Mukherjee, the BJP veteran said he showed grace and goodwill in accepting the RSS invite as he recalled his long association with him.