The 77 had tested positive after coming in contact with an infected cook. 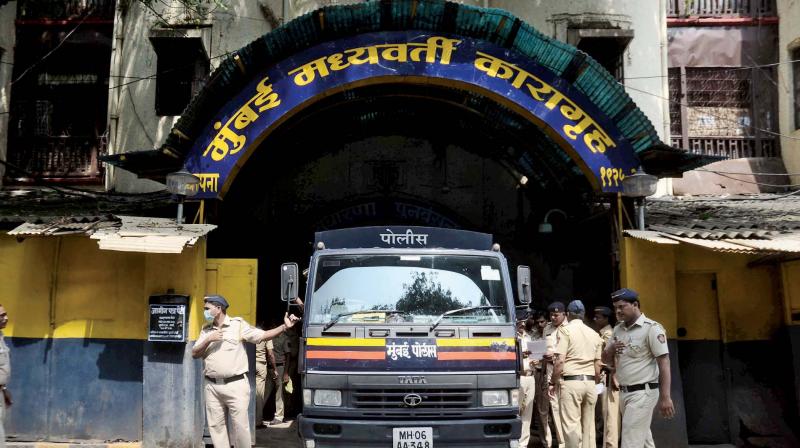 Mumbai: The 77 inmates of Arthur Road Jail in central Mumbai who tested positive for novel coronavirus were on Friday shifted to a vacant building in Mahul in suburban Chembur to undergo quarantine under police protection.

The 77 had tested positive after coming in contact with an infected cook, the prison department official said, adding that 26 jail staffers have also been infected so far.

“The 77 will be kept in a vacant building in Mahul in Chembur with security being provided by police during the quarantine period. The 26 staffers have been shifted to different places as part of their treatment,” he added.

The NGOs working for prisoner’s rights stated there has been a delay in testing the inmates in the process of decongesting the prisons.

A senior jail authority said that all undertrial prisoners who tested positive have been shifted to state-run GT Hospital and St George Hospital in guarded vehicles on Friday morning. Members of jail staff will be shifted separately.

The first case of infection was reported after an undertrial prisoner was taken to JJ Hospital in Mumbai for treatment. The inmate, a 45-year-old man, had suffered a paralysis attack in the prison on May 2 and was rushed to the hospital for treatment. “His swabs were sent for the Covid-19 test, which turned out to be positive,” said a doctor.

“Essential services like milk, vegetables and groceries come in everyday. We also have sanitation workers visiting the prison on a regular basis. Even though the staff has not left the jail compound in over a month, it is difficult to keep the space completely locked,” a member of the jail authority said.

In all, Maharashtra has 60 prisons with a capacity of 24,032 prisoners. At the end of March, over 36,000 people were lodged in prisons across the state. Among them, Arthur Road central prison remains one of the most crowded, with close to 2,800 prisoners, even when the prison capacity is only 804 people.