The Congress pointed out that the dissent reported and given by one of the ECs was not being placed in the public domain by the ECI. 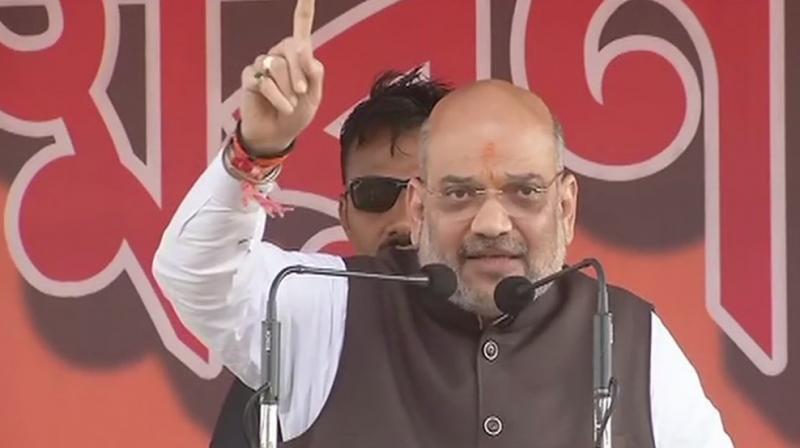 New Delhi: Observing that it cannot go into the merits of the orders passed by the Election Commission giving clean chit to the Prime Minister Narendra Modi and BJP chief Amit Shah, the Supreme Court on Wednesday dismissed the petition filed by Congress MP Sushmita Dev to direct Commission for taking action for hate speech.

A Bench of Chief Justice Ranjan Gogoi and Justice Deepak Gupta told senior counsel Abhishek Manu Singhvi, appearing for the petitioner that since the Commission had disposed of the complaints the matter had become infructuous and asked the petitioner to file a fresh petition challenging the Commission’s orders.

Senior Counsel Rakesh Dwivedi appearing for the Election Commission informed the court that the Commission has decided on the 11 complaints against Prime Minister Modi and BJP chief Amit Shah and that these orders have not been challenged in court so far.

When Mr. Singhvi also raised the issue of Modi terming late Rajiv Gandhi “brashtachari no.1” in an election speech, the court said it would not examine this as the scope of the plea cannot be examined.

On Tuesday, the Congress MP had filed an additional affidavit in her petition, alleging that EC had not applied its mind properly in the complaints, and that the orders were passed belatedly in order to give undue edge to the BJP. It also complained that the Election Commission’s clean chits were “arbitrary and opaque”.

The ECI is also adopting double standards, as it has acted against similar comments made by other leaders, while letting off Modi and Shah, she had added.

The affidavit said it was also imperative to note that the Prime Minister’s speeches were punishable under Section 153A of the Indian Penal Code, 1860, as they blatantly promote disharmony and feelings of enmity on the grounds of religion and such acts are also likely to prejudice the maintenance of public harmony and tranquility between religious communities”.

The Congress pointed out that the dissent reported and given by one of the Election Commissioners was not being placed in the public domain by the ECI. “This demonstrates a complete lack of transparency and arbitrariness of the ECI’s decision-making process on complaints against Mr. Modi and Amit Shah,” the affidavit said.

The Congress presented a chart of 11 complaints of hate speech and alleged misuse of the armed forces for purpose of election propaganda filed in the ECI against Mr. Modi and Mr. Shah. Seven of them were against Mr. Modi. One, concerning a speech in Wardha, was inexplicably kept pending by the ECI for 25 days before it exonerated Mr. Modi without assigning any reasons for arriving at the decision. Complaints have either been dismissed without assigning reasons or no action had been taken on them by the ECI. One of them, alleged misuse of government or official machinery had been forwarded to the Niti Aayog. The Congress wondered why the ECI has a ‘’different set of rules’’ for Mr. Modi and Mr. Shah.