The West Bengal chief minister also bantered the BJP’s claim of getting more than 20 seats out of 42 in the state. 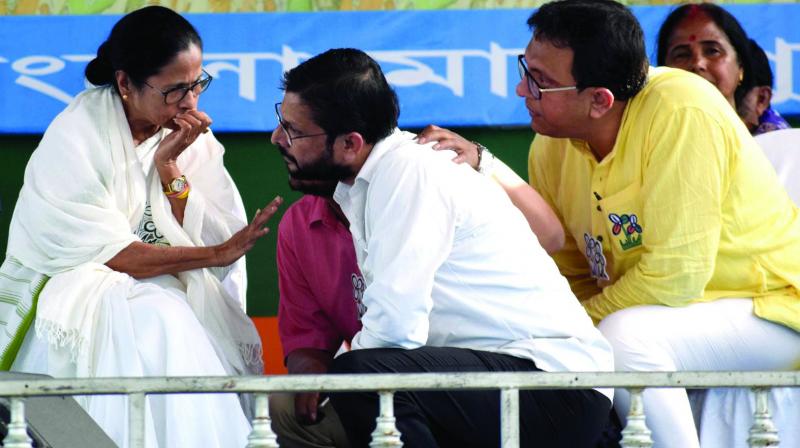 Kolkata: Describing Prime Minister Narendra Modi a “fascist” Trinamul Congress supremo Mamata Banerjee on Wednesday equated her Lok Sabha Election campaign against the BJP with the “Quit India Movement” of 1942. She claimed that the state has “belled the cat.” The West Bengal chief minister also bantered the BJP’s claim of getting more than 20 seats out of 42 in the state.

Addressing a rally at Debra in West Midnapore Ms Banerjee told the crowd, “Everybody has been silent in fear. But sometimes someone has to bell the cat. We, the Bengal, have belled the cat. In 1426 (Bengali New Year) we want 42 out of 42. Remember a movement: Quit India took place in 1942. Mahatma Gandhi had set the slogan: Karenge Ya Marenge, British you quit India.”

The West Bengal chief minister added, “Today Bengal is giving a slogan: 42 out of 42, Modi you leave power, shun atrocities and discard fascism.” Her attack came a day before the PM is scheduled to address a BJP poll campaign rally in Purulia.” Blaming Mr Modi of spreading lies and communal hatred Ms Banerjee also accused him of not visiting drought and flood affected areas.

She told the PM, “You are planning to instigate riots between the Hindus and Muslims to get few more seats. You have two seats now. But you will get a Rosogolla (Zero) in this election.” Mocking the BJP leaders, Ms Banerjee alleged, “They are making varied claims. One of them is speaking of winning 23 seats in Bengal while another is forecasting of getting 32 seats. There is also claim of getting all the seats.”

She added, “You will get Rosogollas made of clay filled with stone chips. Once you bite them, your teeth will break. Only then you will realise the significance of Bengal.” The Trinamul chief predicted that Mr Modi comes to power again, he would destroy the “constitutional fabric” by holding no elections in future. “When he came to power last time, he introduced himself as a Chaiwala. This means he sells tea,” she complained.

Ms Banerjee argued, “But he never sold tea. He made a drama and lied only to the people. He travelled abroad for the last four and half years and spoke on ‘Mann Ki Baat’.”