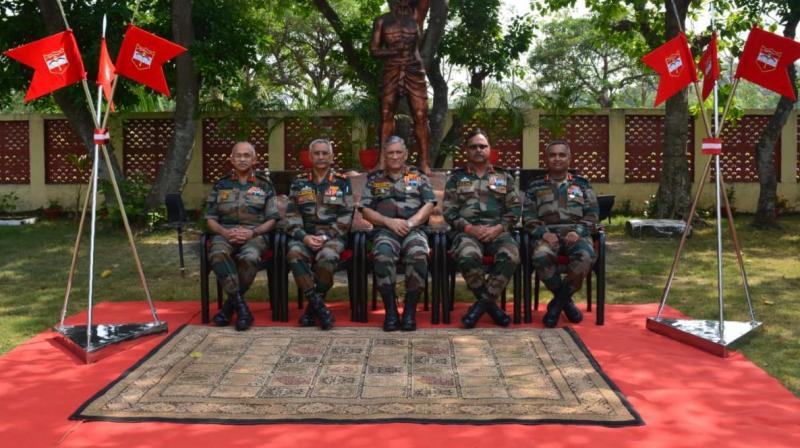 Kolkata: Indian Army Chief General Bipin Rawat on Thursday visited the China-specific Brahmastra Corps at Panagarh in Burdwan. This was the first visit by the Chief of Army Staff (COAS) to the key formation: XVII Mountain Strike Corps in its new location in West Bengal subsequent to its permanent move from Jharkhand in March this year.

The Eastern Command stated, "During the visit, the General Officer Commanding Brahmastra Corps briefed the COAS and Army Commander on the various issues concerning operational preparedness of the formation and he assured the senior military commanders of the formation’s readiness to undertake its mandated tasks."

It added, "The COAS expressed his satisfaction at the state of operational preparedness and restructuring. He complimented the formation on its successful relocation and high standards of professionalism. The COAS during his interaction with troops complimented them on their high standards of morale, discipline and training and exhorted all ranks to uphold the true traditions of Indian Army and wished them success in all their future endeavours."