Retired teacher from Nagaon lamented that he had given several applications to local legislator to repair roads but nothing had happened. 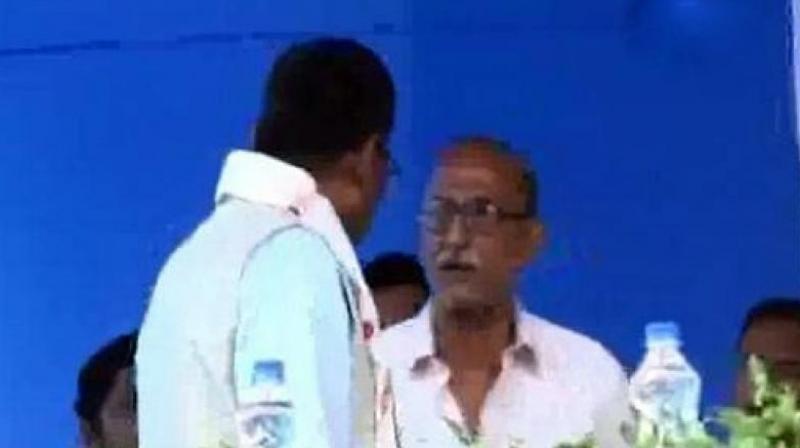 Nagaon: The moment a retired teacher in Assam started listing out his complaints about bad roads in his area at a Swachh Bharat Mission event in Nagaon district, he was abruptly cut off by a Union minister.

After some officers addressed the event, the retired teacher's turn came and he took to the stage to speak. He lamented that he had given several applications to the local legislator to repair the roads but nothing had happened.

"Over the years, the locals in Amolapatty's BB Road subway have been suffering a lot due to the poor road conditions, but they still hope that the new government and new MLA will take steps for improving the roads," said the retired teacher from Nagaon, 125 kilometres from Guwahati.

"I have been submitting applications over the time but no initiatives have been seen," he said.

On hearing that, junior railway minister Rajen Gohain suddenly got up from his chair and walked up to the teacher, blocking the mike in front of the audience.

"Why don't you talk about this with the concerned officer? You seem to have come here with a motive. Utter nonsense," Gohain said, news agency ANI reported.

The retired teacher tried to answer Gohain's question by taking the microphone again, but the Union minister did not give him the opportunity, and said, "Problems do not get solved by delivering speeches".

Gohain told the retired teacher that if he had any complaint, he should have approached him personally and not speak out in front of the public.

In protest against the Union minister's comments, activists of the All Assam Students Union burnt his effigies on Tuesday.