India   All India  09 May 2018  No tension between navies of India, China in Indian Ocean, says Nirmala Sitharaman
India, All India

No tension between navies of India, China in Indian Ocean, says Nirmala Sitharaman

The Indian Ocean, considered the backyard of the Indian Navy, has witnessed increasing Chinese presence over the years. 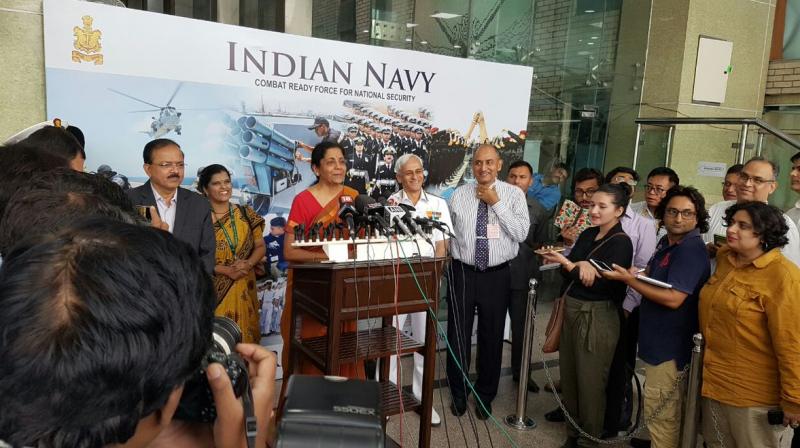 New Delhi: Defence Minister Nirmala Sitharaman said on Tuesday that there is no tension between the navies of India and China in the strategic Indian Ocean, which has been witnessing increasing activities by the PLA Navy.

The Indian Ocean, considered the backyard of the Indian Navy, is critical to India's strategic interests. Over the years, the region has witnessed increasing Chinese presence.

China increased its presence in the Indian Ocean Region by constructing the deep-sea Gwadar Port in southern Pakistan and a naval base in Djibouti in the Horn of Africa. The region also has Chinese ships deployed for anti-piracy operations.

On April 16, the Indian Navy on Twitter welcomed China's PLA Navy in the Indian Ocean Region.

When asked about her visit to China, and that of Prime Minister Narendra Modi and External Affairs Minister Sushma Swaraj to that country in April and whether there has been any change in terms of strategy, Sitharaman said, "We are talking, we are meeting each other - and that is a big change."

The defence personnel of the two countries were locked in a 73-day standoff in Doklam area near Sikkim last year and it had resulted in tension between the two Asian giants.

Reacting to reports that there was a directive to the Army not to be aggressive on the borders, Sitharaman said she was not aware of it.