India   All India  09 May 2017  Hold future polls through ballot papers: Akhilesh to EC
India, All India

We lost the assembly elections because of fault in EVMs, Yadav said. 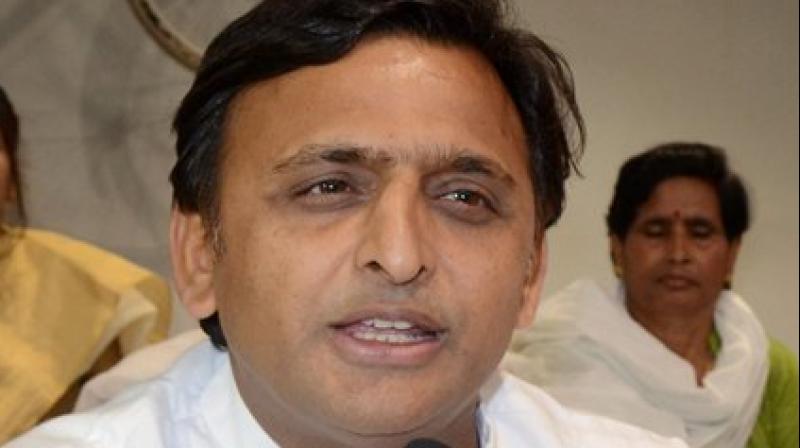 The Samajwadi Party president arrived here along with his MP wife Dimple and three children for paying obeisance at Pitambara Peeth temple.(Photo: PTI)

"We lost the assembly elections because of fault in EVMs. The EC should hold forthcoming polls with ballot papers only," Akhilesh told reporters.

The Samajwadi Party president arrived here along with his MP wife Dimple and three children for paying obeisance at Pitambara Peeth temple.

Responding to a query, Akhilesh said the incidents of loot and rape were on rise in Delhi and Madhya Pradesh, but it was Uttar Pradesh which is being defamed for these kind of crimes.

He said the incumbent Yogi Adityanath government in Uttar Pradesh is taking forward the schemes of the erstwhile Samajwadi Party regime only.

To a query on the prospects of forging an alliance with the Congress in the next Lok Sabha elections, Akhilesh said, "it is not certain at present".