Gupta, who is the Leader of Opposition in the Delhi Assembly was dragged out on the Speaker's order for creating ruckus. 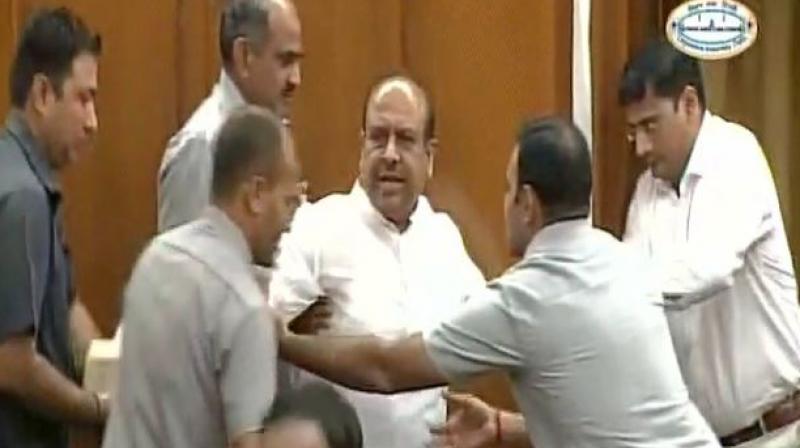 He alleged that the Rs 2 crore cash, which was allegedly handed over to Kejriwal by Jain, may be related to the deal.

Mishra was also present in the assembly although his seat was changed from the one he usually sat on. He raised the issue of 'faulty EVMs' in the assembly.

Meanwhile, Gupta sat on a dharna in the assembly premises after being marshalled out from the session and demanded that both Kejriwal and Jain be jailed.