India   All India  09 May 2017  AAP has belittled case against EVMs: Congress
India, All India

Congress leader Sandeep Dikshit said this is nothing but just a diversionary tactic of the AAP. 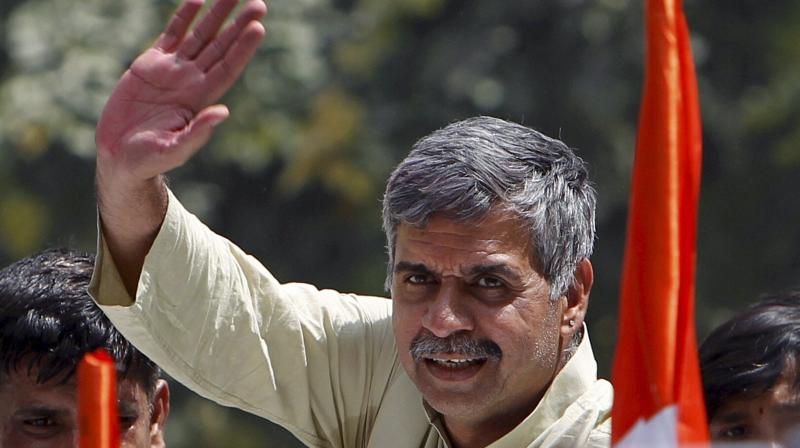 The machine which he has used is not an EVM the Election Commission uses, Dikshit said. (Photo: PTI)

New Delhi: While claiming that the machine used by the Aam Aadmi Party (AAP) to expose the Electronic Voting Machine (EVM) rigging is not the same which the Election Commission (EC) uses, the Congress Party on Tuesday slammed the former saying it has belittled and weakened the whole case against the tampering row.

Congress leader Sandeep Dikshit said this is nothing but just a diversionary tactic of the AAP.

"The machine which he has used is not an EVM the Election Commission uses. The ones I have voted for have a different structure and if it's not the same machine, then the demonstration is invalid. What AAP has done is that it has belittled and weakened the whole case against EVMs," Dikshit told ANI.

Dikshit said Kejriwal and his party believe him to be a demi-God but he is not even a decent honest human being.

"They have always diverted large issues. When the corruption thing has come, they have gone to EVMs. When they could not govern Delhi, it was the LG's problem. I think, Kejriwal and his party think that he is the tenth avatar of Vishnu, because it is only Vishnu who cannot make mistakes. They believe he is almost a demi-God. I think, he is not even a decent, honest human being. He and his party are a bunch of jokers," he added.

Meanwhile, Bharatiya Janata Party (BJP) leader Shazia Ilmi alleged that Kejriwal is doing this in order to pre-empt the order of the Election Commission in the office of profit matter against him.

"Kejriwal is doing it essentially because he can pre-empt the order that will come from the EC where the office of profit matter of these 20 MLAs is pending. He knows he has done something wrong. He knows, he himself and his MLAs have been greedy which is why 21 of them were made parliamentary secretary besides the fact that they were already MLAs and both are offices of profit. To run away from that, he is now using this EVM story to pre-empt what the EC will do. So that if the order does not come in his favour, then he can say that I already told you that the EC is indulging in politics of vendetta," Dikshit told ANI.

This comes after AAP MLA Saurabh Bharadwaj earlier in the day at a special assembly session of the Delhi Assembly demonstrated how EVMs can be manipulated. He showed how simple it was for an engineering graduate such as himself to rig a voting machine, and challenged scientists to prove him wrong.

AAP convenor Arvind Kejriwal had blamed the party's loss in Punjab to the rigging of voting machines.

Bhardwaj, who told the assembly that he had a BTech degree in computer science and that he had worked on microprocessors and micro-controllers, said, "An ordinary engineering graduate like me can manipulate an EVM by working on it for just 10 to 15 days."

Conducting a mock poll on an EVM machine, Bhardwaj demonstrated how despite giving two votes each to various parties, the final count showed that the votes of some parties had been transferred to one party.

He said this was possible with a secret code that is assigned to every constituency. Bhardwaj claimed that before voting begins the election officials show that everything is done fairly but after 10 am, they activate the code, which ensures that all votes cast thereafter would go to a particular candidate.

"All it takes to rig an EVM is to change the motherboard. All it takes is 90 seconds. It's outrageous," Bhardwaj said, explaining that a 'manipulator' enters the polling booth early into voting and enters a unique secret code that ensures all votes polled thereafter would go to a selected candidate.