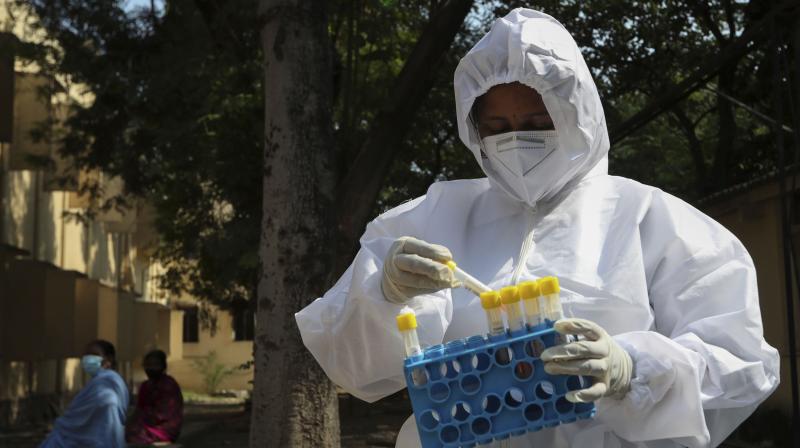 As per the results of his sample's genome sequencing received yesterday, he is found to have been infected with the new mutant XE. (Representational image: AP)

Ahmedabad: Gujarat reported its first case of XE, a sub-variant of Omicron, after a man from Mumbai tested positive for COVID-19 during his visit to Vadodara, an official said on Saturday.

The man had tested positive for the infection last month and later returned to Mumbai. But the report about detection of the XE sub-variant in him was received on Friday, he said, adding that the man's current status is not known to the authorities in Vadodara.

XE, the latest mutant of Omicron may be more transmissible than the previous ones, the World Health Organization has said.

"A man from Santa Cruz in Mumbai, had tested positive for COVID-19 on March 12 during his visit to Vadodara. His wife was accompanying him," Medical Officer of Health, Vadodara Municipal Corporation, Devesh Patel said.

As per the results of his sample's genome sequencing received yesterday, he is found to have been infected with the new mutant XE, a sub-variant of Omicron, he said.

The man had visited Vadodara due to some work and stayed at a hotel. After developing fever, he got himself tested for COVID-19 at a private lab, the result of which came positive, Patel said.

"He was found positive on March 12. His sample was sent for genome sequencing. As per the result, declared yesterday, he was found infected with a new mutant XE variant," he said.

"He had provided local address of his relatives for his sample. He had returned to Mumbai on his own soon after. No further status of the patient is known to the local authorities," Patel added.