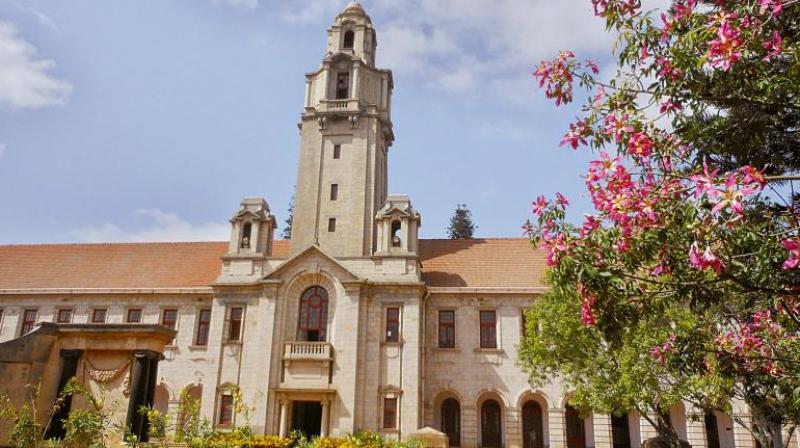 For the fourth consecutive year, the Indian Institute of Science (IISc), Bangalore, has emerged as the top ranking university.. (Photo: File)

The Delhi University’s Miranda House was ranked the best among colleges across the country, while the varsity’s St Stephen’s College was ranked fourth.

The top three ranking universities have retained their positions in the list as last year. Calcutta University and Manipal Academy are the two new entrants this year in the list of top 10 universities.

The rankings were announced in nine categories — overall, universities, engineering, colleges, management, pharmacy, medical, architecture and law. According to officials more than 4,000 institutes had submitted their data for NIRF ranking this year.

The NIRF rankings access education institutes on several parameters including teaching, learning and resources, research and professional practice, graduation outcomes, outreach and inclusion and perception. The ministry has been publishing the NIRF  since 2016.

Speaking on the occasion, Mr Kovind said, “ The recent expansion of higher education has widened access and improved equity. Even so, quality remains a concern. While there are islands of excellence, both in the public and private sectors, overall standards are uneven.”

He said that a ranking system of such a nature fosters a spirit of healthy competition between institutions.

“If an institution wants to attract the best, it too has to be among the best. It has to provide an encouraging atmosphere and suitable campus culture for students and members of the academic community,” he said.