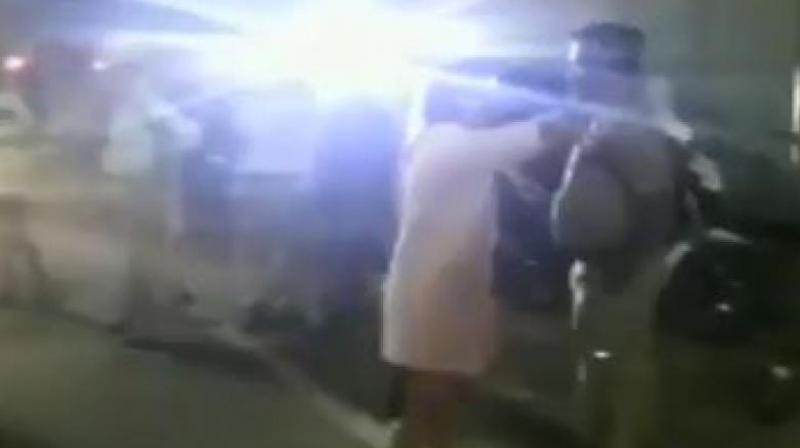 The woman started arguing with the police over a breathalyser test being conducted on her friend and also chased away a camera man of a local TV channel. (Photo: Screengrab)

Hyderabad: A video of a woman arguing with police, after her friend was charged with drunk driving, has gone viral. Police said the woman, travelling in the rear seat of a car driven by her friend, stepped out when the vehicle was stopped at around 1 am on Sunday.

Police said the driver was found to have consumed alcohol above the permissible limits while the woman was also found to be intoxicated.

The woman started arguing with the police over a breathanalyser test being conducted on her friend and also chased away a camera man of a local TV channel. Media is usually informed of their drives against drunk driving, an official said.