The state government had started 108 ambulance services in the state in 2008. 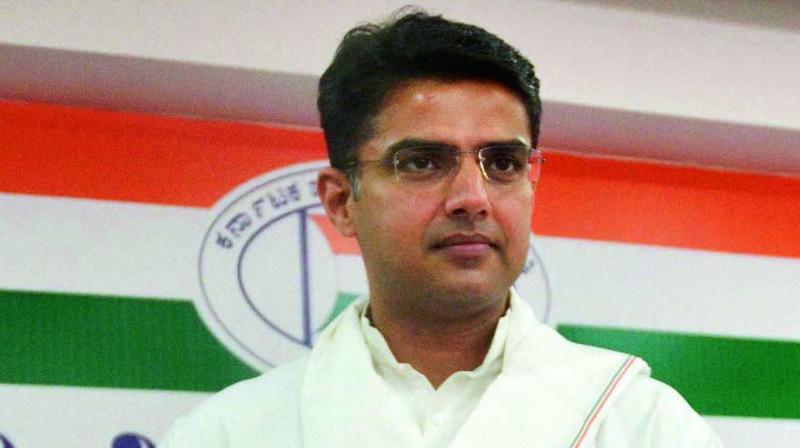 New Delhi: Congress’ young turk Sachin Pilot, emerging as a major force in the BJP-ruled Rajasthan, is in serious trouble as the CBI is all set to grill Mr Pilot for his alleged involvement in the multi-crore ambulance scam.

The Congress has been gaining strength in the state ruled by the saffron party and had recently put up a good show during last year’s panchayat polls. Mr Pilot had been credited for the victory. However, the CBI will not only go after Mr Pilot, but also target the former Congress chief minister, Ashok Ghelot, in connection with the scam. It is for the first time he would soon be summoned to the CBI headquarters here for extensive questioning.

“After analysing documents recovered during searches in 2015, the CBI has now decided to examine all persons, including senior politicians, who have been named in the FIR. The agency is expected to start summoning them from next week,” sources said. The CBI has already recorded the statements of two directors of a private firm in connection with the case, they added.

The CBI on August 28, 2015 registered a case against Mr Gehlot, Mr Pilot and sons of two former Union ministers in connection with the ambulance scam. The agency also named Karthi Chidmabaram, son of senior Congress leaders and former Union minister P. Chidambaram, and former Rajasthan health minister Duru Miya. The case dates back to July, 2014 after the BJP government came in power in the state. The Rajasthan police had also registered a criminal case in this regard on the complaint of city Mayor Pankaj Joshi.

“There are allegations that the contract of ambulance services was awarded to a firm — Ziquitza Healthcare private limited — by deliberately inserting technical specifications which benefited the firm. Besides, investigators detected irregularities in implementation of the project, which included excess bills claimed by the firm and the payment allegedly directed to the accused,” sources said.

The state government had started 108 ambulance services in the state in 2008. According to the CBI, Mr Pilot and Mr Karti allegedly served as directors of Ziquitza Health Care Pvt Ltd. However, Mr Gehlot had earlier denied the charges levelled against him and accused the Raje-led state government of waging a political vendetta against the Opposition with its accusation that he embezzled over Rs 2.5 crore in an ambulance scam.

The Raje government had recommended a CBI probe in the alleged scam in 2014. The Enforcement Directorate (ED) is also investigating the case. The ED, taking cognisance of these facts, suspects that the kickbacks paid in this scam were laundered by some people and used to acquire tainted assets.