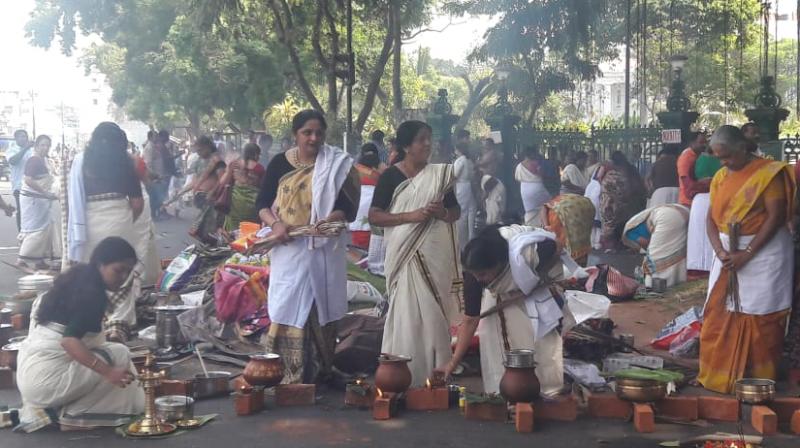 Thiruvananthapuram, Kerala: Devaswom minister Kadakampally Surendran said that strict action would be taken against hotels and resorts which sent foreign nationals to take part in the famous Attukal Pongala festival, in violation of the government’s directive.

A hotel in Kovalam sent six foreign nationals to take part in the Pongala, who were sent back to the hotel later. They were asked to perform the ritual at the hotel premises.

Despite the strict restrictions imposed by the Kerala government in the wake of fresh Covid-19 cases, lakhs of women devotees took part in the Pongala festival, the biggest congregation of women devotees in the country.

Devotees said that there has been considerable dip in the number of women participating in Pongala this year mainly due to coronavirus scare.

Meanwhile, confirmed cases of Covid-19 coronavirus in Kerala has reached six, as a three-year old child was tested positive today.