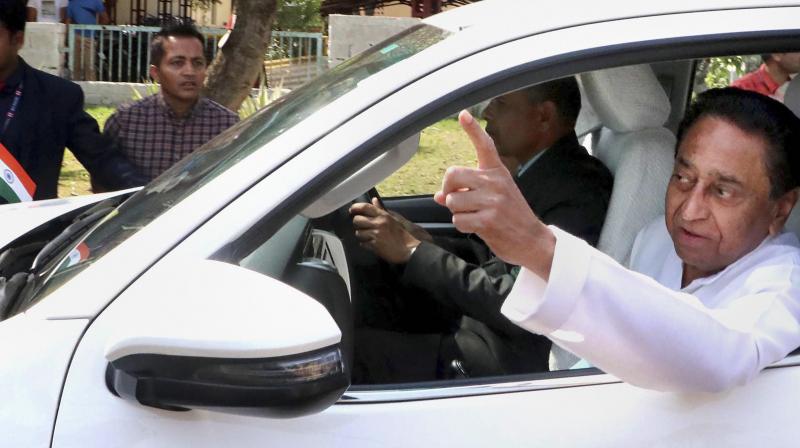 Bengaluru: The Congress government in Madhya Pradesh headed by Kamal Nath plunged into a crisis with 17 legislators, including six ministers, being flown to Bengaluru and lodged in a five-star hotel.

The worst part of this bit of bad news for the Congress is that Purushotham Parashar, personal assistant of Jyotiraditya Scindia is accompanying the 17 MLAs, who have been placed in the custody of Mahadevapura MLA Aravind Limbavali, who is close to the Sangh Parivar.

They along with 11 other legislators were flown to Bengaluru in two separate chartered flights.

All of them are known to be loyalists of Jyotiraditya Scindia.

The entire group of MLAs and ministers are being kept in a star hotel at Marathhalli, which is a hub of IT companies in Bengaluru.

Last week, four rebel Congress MLAs had come down to Bengaluru. It was presumed that they had returned. However, it is said that they were shifted to a private house in south Bengaluru.

However, the Karnataka BJP refused that it had a hand in the operation.

"We don’t need to do anything. Just like the coalition between JDS and Congress in Karnataka, which fell apart like a pack of cards, the situation is similar in MP.”