The crash involving MiGs are not uncommon, earning it the unflattering “flying coffin” tag. 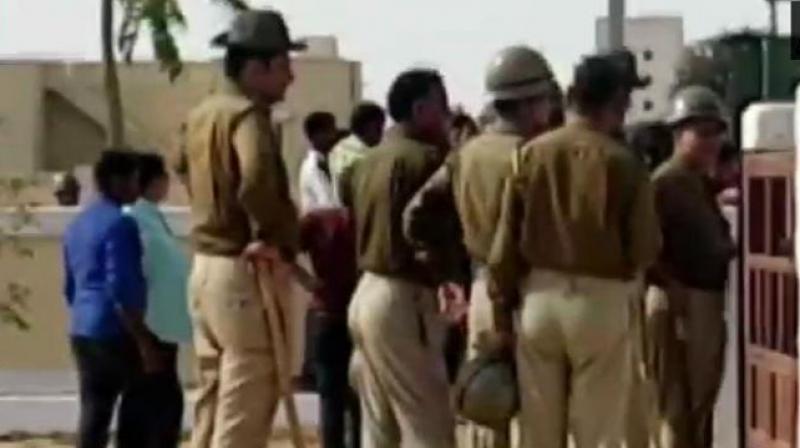 Police teams rushed to the spot to cordon off the area. No loss of life has been reported. (Photo: Twitter/ ANI)

New Delhi: An Indian Air Force MiG-21 Bison aircraft crashed in Rajasthan’s Bikaner district on Friday. The pilot ejected safely and there was no casualty.

The MiG-21 Bison aircraft was airborne from Air force Station Nal for a routine sortie when it crashed at around 2:30 pm. “Initial inputs indicate the likely cause of the accident as bird hit after take off,” said Indian Air Force in a statement. A Court of Inquiry has been orde-red to investigate the cause of the accident. According to sources, the MiG 21 crashed near the airport.

The crash has happened at a time when IAF is in a high state of preparedness to pro-actively engage any perceived threat from Pakistan. The crash involving MiGs are not uncommon, earning it the unflattering “flying coffin” tag.